The Polar Bear Expedition. The United States on the Eastern Front 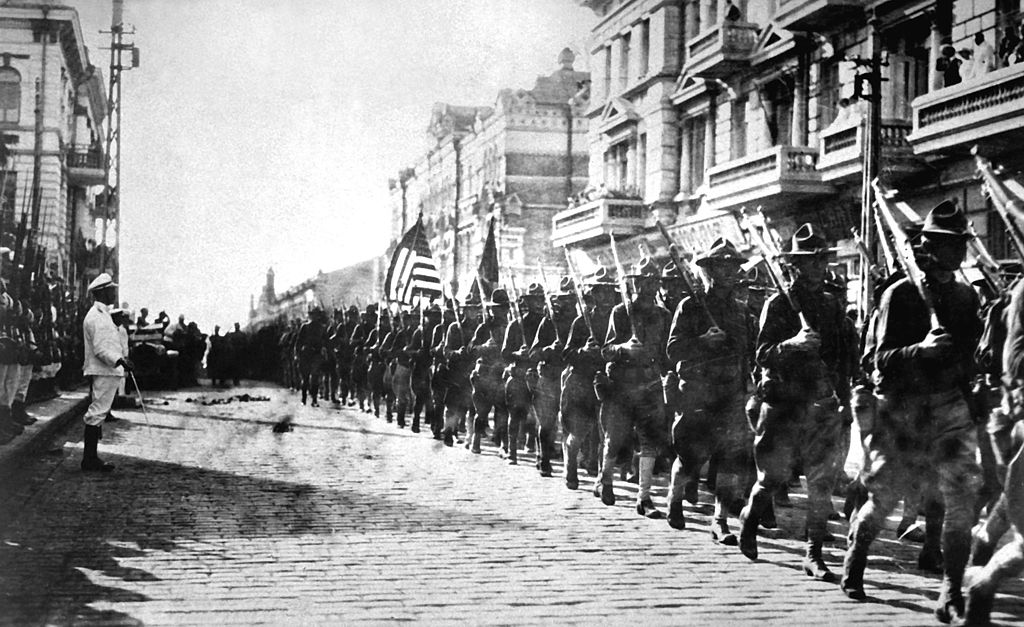 Despite their rivalry, the United States and the Soviet Union have only met once in direct battle. US and Soviet troops clashed during the Russian civil war that followed the First World War, when the US decided to intervene alongside other Western states to defend the White movement against the encroaching Bolsheviks.

Russia got out of the Great War after signing a separate peace with the Central Powers. It happened at the beginning of March 1918, when the Bolshevik government signed the Treaty of Brest-Litovsk, an extremely tough treaty with humiliating terms for Russia. Shortly thereafter, the Western Allies- fearing that the collapse of Eastern Front would affect the success of their operations against imperial Germany- organized an expedition to save the Russian imperial army and suppress the Bolshevik revolution. For this purpose, several Allied contingents were sent to Russia. 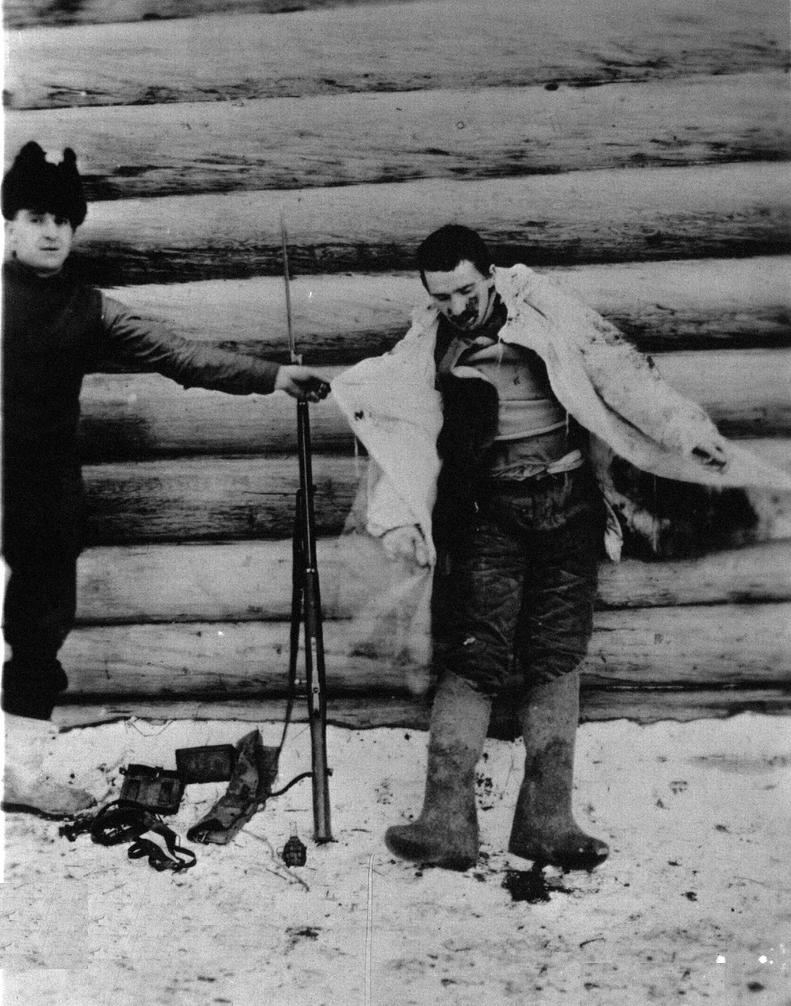 A British regiment landed at Arkhangelsk in the Far North of Russia on August 2, 1918. The English occupied the city and turned it into a base for their future operations. A month later, a contingent of American soldiers was sent to fight in Siberia alongside the English.

Russian, Belgian, Romanian, Greek, Polish, Canadian, Italian, Japanese, Czechoslovak, Yugoslav and Australian soldiers fought in Russia. Some of them were already on the Russian front before the peace of March 1918 and others were sent to support the imperial army’s efforts against the new Red Army, the military force of the Bolsheviks. The Western Allies therefore agreed to openly support the White movement with the hope of defeating the Bolsheviks, whose revolution threatened to spread across Europe.

The largest of the foreign divisions that fought in Russia since the beginning of the Great War was the Czechoslovak Legion, made up of Czech and Slovak soldiers who refused to join the Austro-Hungarian army. With the ensuing civil war, one of the main goals of the Allied expeditions was the rescue of the 40.000 members of the Czechoslovak Legion, who, at the outbreak of the civil war, had taken over the Trans-Siberian railway. At first, there was a non-aggression pact between the Bolsheviks and the Czechoslovak soldiers, but after 1918, the legion actively engaged in the war between the Whites and the Reds, on the side of the former.

The American contingent stationed at Arkhangelsk in order to help the English received the nickname of “The Polar Bear Expedition”- obviously because of their position near the Polar Circle. The weather also contributed to the nickname, as soldiers were facing extremely low temperatures. The first objective of the Anglo-Americans was to make their way to the Czechoslovak soldiers to get them out of the Bolshevik encirclement. Their second and most important objective- but one that was totally implausible- was to reconstitute the Eastern Front with the help of the Czechoslovaks and the soldiers still loyal to the former Russian Empire.

Anglo-American forces faced the Red Army soldiers on two fronts, one along the Dvina River and one along the Vologda railroad. For six weeks, the Allies managed to gain ground, but the fronts were too long and proved to be hard to resupply. In addition, the battlefield- the vast Russian plains- was not suited to European style trench warfare. Under these circumstances, it was difficult for the Americans to defend the frontline and enemy raids began to jeopardize their supply routes.

Then came the winter. The Allies tried to adopt a defensive tactic, but failed to mobilize the local population against the Bolsheviks. Meanwhile, the Red Army started the offensive on the River Dvina and gained some ground back from the Allies, who were forced to withdraw.

Shortly thereafter, thousands of kilometres away, Germany capitulated. The Great War ended, but the foreign soldiers fighting alongside the Whites found themselves still in conflict- and one that was no longer theirs. US soldiers began demanding to return home, and tensions grew when, due to the weather, the Arkhangelsk port froze and postponed their departure. The Americans had to wait for the spring to come. Finally, in May 1919, 4.000 British volunteers were sent to help them. The US contingent was evacuated along with the rest of the Allied soldiers stationed in northern Russia, ending their intervention in the Russian Civil War.

According to a report in October 1919, about 210 American soldiers died in Russia- at least 110 died in battle, 30 were reported missing, and 70 died from disease (90% of which succumbed to the Spanish flu). Of the total number of soldiers, 305 were injured. The repatriation of the remains was a long and exhausting process because of complicated diplomatic relations between the United States and the Soviet Union, especially in the early post-war years.