The principle of “self-determination” at the Paris Peace Conference 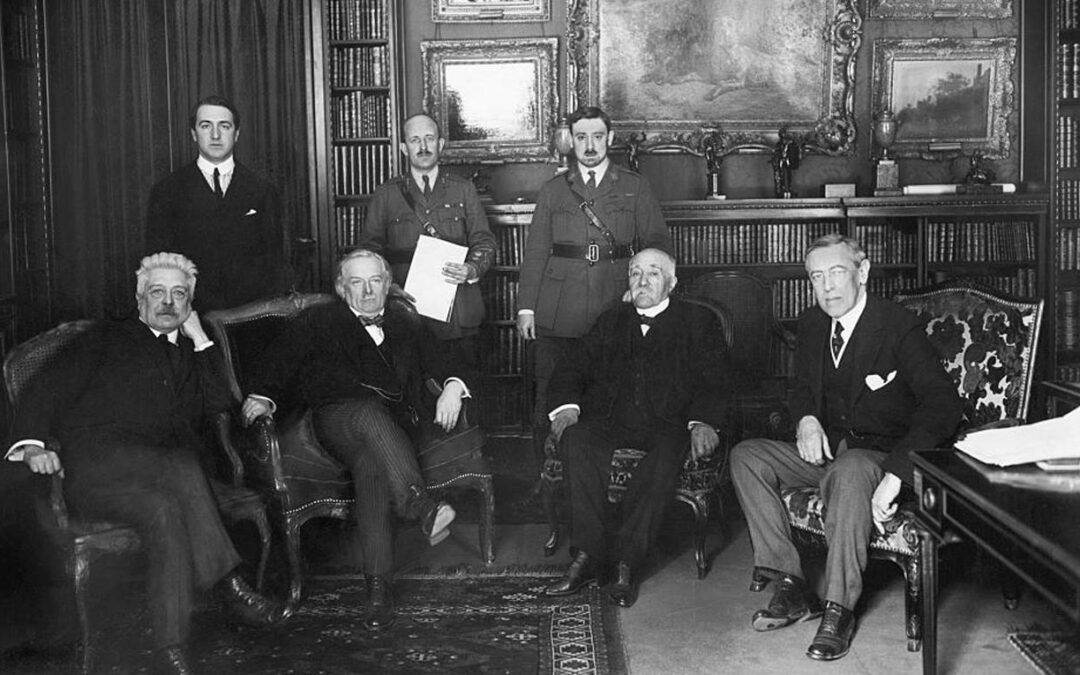 The “self-determination” principle brought into the discussion by President Woodrow Wilson at the Paris Peace Conference was a key concept, but one that wasn’t clearly defined, leaving room for interpretation.

The Great War reshaped the whole world. Europe had lost confidence in its own forces, and the political map of the old continent had fundamentally changed. In Russia, the 1917 revolutions replaced tsarism with a Bolshevik system that no one knew much about. Austria-Hungary collapsed, leaving behind a multitude of peoples who now wanted to forge their own destiny. The Ottoman Empire also drew its last breath. The German Empire had become a republic. Old national states were revived, such as Poland, Lithuania, Estonia or Latvia, and Yugoslavia and Czechoslovakia appeared for the first time on the map of Europe.

Of all the ideas brought by Wilson in Europe, the noble principle of self-determination has been and has remained one of the most controversial and vague. During the Paris Conference, the head of the US military mission in Vienna repeatedly asked Washington to explain the term. He was not given an answer. It was never clear what Wilson meant by self-determination: “autonomous development”, “rights and liberties for smaller nations”, “an extension of democratic self-government”? Even his own state secretary, Robert Lansing, wondered, “What kind of measure does the president use when he speaks of self-determination? Does it refer to race, territory or community? How do you define a nation? […] It will give rise to hopes that can never be fulfilled”. Lansing’s fears soon came true. Every nation, participant or state interpreted it as it saw fit.

In 1919, Wilson declared before the US Congress: “When we uttered these words, that all nations have the right to self-determination, we did it without knowing that those nationalities that introduced themselves each day before us actually existed”.

Wilson never gave a clear definition of “the principle of self-determination”. It is certain that in a speech he wrote, but one he never delivered, in which he intended to persuade the American people to support the Paris peace accords, he affirmed: “What we are saying now is that all these peoples have the right to live their own lives, led by governments that they can choose for themselves. This is the American principle”.

Wilson thought that man was naturally good. He received a retort from the French Prime Minister. “Please do not misunderstand me,” he told Wilson at one point, “we also came into this world having the same noble instincts and high aspirations that you speak of so often and so eloquently. But we have become what we are today because we have been modelled by the harsh world in which we have lived, and we only survived because we are tough individuals”. Wilson had lived in a world where democracy was sheltered. Clemenceau continued “I’ve lived in a world where it was on the order of the day to shoot a Democrat”.

“Even God was pleased by only ten commandments”

The French Prime Minister was not fond of either Wilson or Lloyd George. “When I sit between them, I have the impression that I am between Jesus Christ and Napoleon Bonaparte”. He thought that Wilson was not a bad man, “but I still haven’t decided on how good he actually is”, but he considered him pedantic and arrogant. “How arrogant he is when it comes to Europe, and how difficult it is to reach an agreement with him in every respect! He has the impression that you can do anything by following the formulas of his Fourteen Points. Even God was pleased by only ten commandments. Wilson imposed on us with modesty the Fourteen Points… the Fourteen Points of an empty theory”, Georges Clemenceau would lament in his talks with his closest acquaintances. When it came to Lloyd George, Clemenceau considered him much more fun, but also much more devious and less trustworthy.

Even though Wilson promised new ways to protect smaller states and resolve disputes, the British and French tacitly agreed to divide the Middle East. The Italians blocked the claims of Yugoslavia because they did not want a strong neighbour. Exasperated by so many complications, Clemenceau would complain to a colleague: “It’s much easier to make war than peace”. The year 1919 saw two realities colliding. One was the one on the negotiating table, behind closed doors, and the other in the field, where people decided for themselves and fought their own battles.