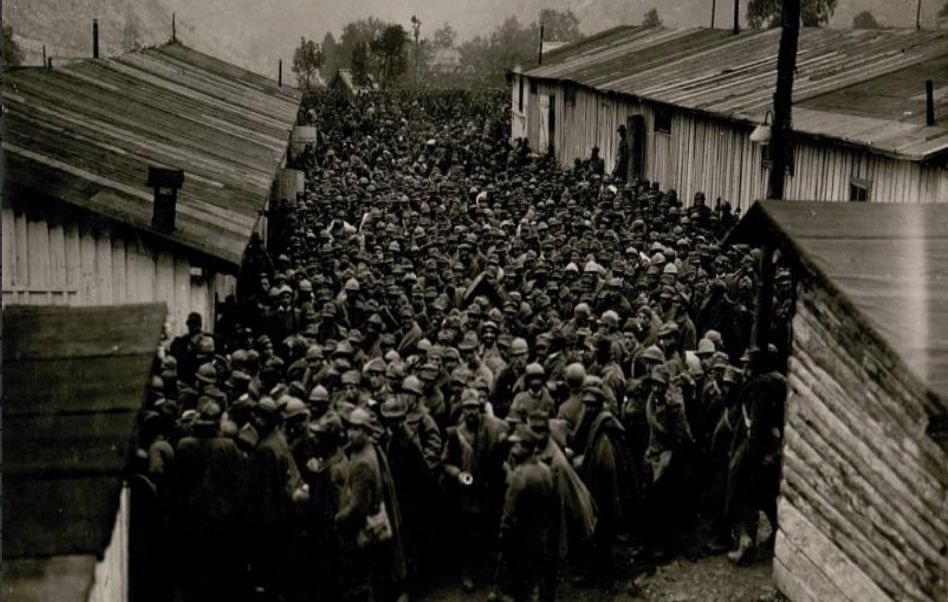 Knowing about the harsh treatment of Romanian war prisoners in the countries of the Central Powers, especially in Germany, the Romanian authorities made efforts to repatriate them as soon as possible. After the signing of the Treaty of Bucharest (April 24/ May 7, 1918) between Romania and the Central Powers, Austria-Hungary, Bulgaria and Turkey repatriated all Romanian war prisoners until the end of 1918, but Germany refused to do so.

On March 23, 1918, shortly after the signing of the armistice in Focșani (November 26/ December 9, 1917) between Romania and the Central Powers, a convention on the mutual obligation to repatriate prisoners of war, strengthened by the provisions of the Treaty of Bucharest, was concluded. Except for Germany, until the end of 1918, all Central Powers countries repatriated the Romanian prisoners they had in their custody, as follows:

Germany, on the other hand, sought to delay the immediate implementation of the commitments it had made when the treaties were signed, because, as it was shown in a report prepared by the Statistics Section of the Romanian Ministry of War, “it needed workforce for heavy manual labour”. By the end of 1918, Germany had repatriated only 2.870 Romanian prisoners (1.850 officers and 1.020 soldiers).

The same document states that “as soon as defections occurred in the armies of the Central Powers [at the end of 1918], the Germans released a number of 324 officers and 47.777 soldiers. From the occupied territory, these liberations were made just before the defections, especially peasants sent to work the fields. Of the prisoners in Germany, 5.230 soldiers who were assigned jobs on the territory occupied by the Germans in France and on the left bank of the Rhine, were released by the allied armies in their advance and repatriated by Romanian ships during February, March, April and May 1919 through the ports of Marseille and Toulon, landed in Constanța, where they were quarantined.”

Negotiations for the repatriation of Romanian prisoners in Germany

In order to prompt the repatriation of prisoners of war from Germany at the end of 1918, the Romanian War Ministry set up a commission composed of Lieutenant-Colonel Emanoil Lupașcu, Major Mihail Racoviță, Captain Paul Zlatian, Lieutenant Horia Marin, Sub-Lieutenant Gheorghe Zaharescu. This commission was given the assignment to go to Germany, in order to obtain the release of Romanian prisoners, to establish the means of their repatriation and to take care of the food and transport of sick prisoners. The commission also had the mission to establish the identity of the deceased prisoners and to take measures for the care of their graves according to international conventions.

The Romanian military mission for the repatriation of prisoners of war arrived in Berlin on January 10, 1919, and contacted French General Charles Joseph Dupont, the President of the Inter-Allied Commission for the Repatriation of Prisoners. The head of the Romanian Military Mission, Lieutenant-Colonel Emanoil Lupașcu, was informed that he must negotiate directly with the German Ministry of War, because the conditions of the general armistice did not apply to Romanian and Russian prisoners.

On January 25, 1919, the head of the Romanian Military Mission in Berlin transmitted to the Romanian military attaché in Paris note no. 116, which mentions:

“I have the honour to inform you that following the intervention of General Harries, the head of the American Mission, who was delegated by Mr. General Dupont, with the issue of repatriating Serbian and Romanian prisoners, Marshal Foch has found a solution regarding the repatriation of the wounded and sick of the Mackensen army. It follows from the proposal, that our view which was presented to the German government, that we cannot handle the repatriation of prisoners from Mackensen’s army, as it is a matter for the Supreme Allied Command, was confirmed by this Command.”

Due to the efforts of the Romanian Military Mission in Berlin and the support provided by the Inter-Allied Commission in the German capital, the repatriation operation of the Romanian prisoners who were still in Germany, started again in the first part of February 1919.