The refugees of Muntenia in Iași. The terrible winter of 1917-1918: there was no more wood, not even for coffins (Part 4) 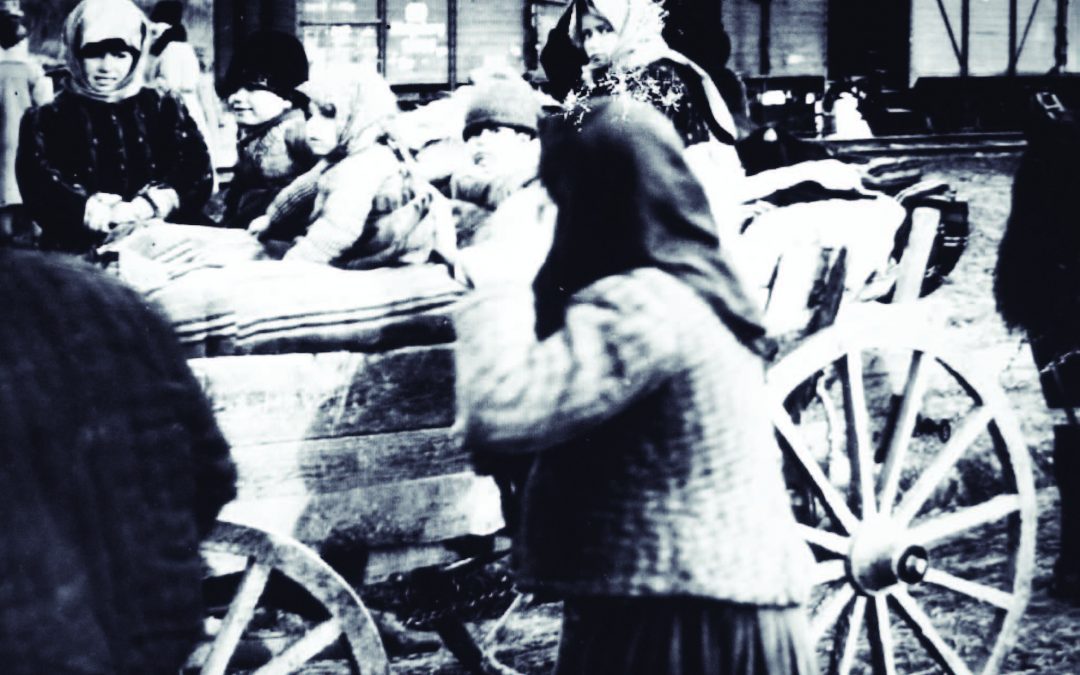 The heads of hospitals were desperate to provide care for the sick. Thus, it is communicated through an address that the Normal School Hospital and Notre Dame de Sion “there was no more wood for heating for the three hundred wounded who are in the cold”. The director of Queen Elizabeth Hospital wrote: “In the name of the two hundred and fifty wounded people in Queen Elisabeth Hospital […], I would ask you warmly to approve the urgent approval of an oil wagon for the immediate operation of the radiator, the only heating medium of this hospital. We believe, Minister, that if crude oil could be found for national theatre performances, the more it will be found for the wounded who need good medical care, especially those with internal diseases contracted because of the cold, who necessarily need warmth. It would be sad that in such hard times for our brave soldiers that party venues work for amateur audience entertainment, and we should be forced to close the hospital due to lack of fuel. Therefore, Minister, we leave it at your just appreciation, and hope that you will dispense an oil carriage immediately because six days the injured are without a semblance of fire”.

From the Brâncovenesc Hospital a request was made to the City Hall to supply flour to the hospital’s bread supplier, otherwise “tomorrow the wounded and the sick soldiers that are upwards of five hundred will remain without food”. The hospital in Galata also sent a request, telling the ministry that “for fifteen days we have no wood. Until now we cut the trees throughout the yard, now we have nothing to cut. The sick die of cold and hunger, for we have nothing to cook with. Clothes cannot be washed and disinfected. We all suffer from the cold and misery at Galata. Please send us urgently firewood”. From another hospital there was a request for straw for mattresses: “On the eve of the Epiphany, I was summoned by the former mayor […] and I was asked insistently to bring six carts of straw to be strewn across Union Square where the next day, the religious service of the Lord’s Baptism was to be held. She promised me that the straw will be returned immediately after the holidays. Since then it has been more than a month and since we cannot find anywhere else where to buy other straws and how we absolutely need to change the straws in the mattresses of the wounded, with respect, please be advised to return to me as soon as possible the straws, otherwise the mattresses will be totally improper for use”.

Another problem was the garbage which, due to the insufficiency of the carts, could not be lifted immediately, so heaps upon heaps were accumulated though out the city. The critical situation is revealed in an address to the mayor from the Queen Elisabeth Hospital, who requests “six carts to pick up the garbage from the hospital yard, that is quickly becoming a hotbed for infection, damaging the health of the sick”. The City Hall sends an answer that shows that it is unable to meet this request immediately: “We inform you that we will try everything that will be possible to satisfy you, but due to the agglomeration of garbage across the city and the lack of sufficient vehicles, each institution has to take the necessary steps to remove the garbage by its own means”.

There were also problems with the supply of electricity in hospitals, according to an address made by the Socola Hospital: “For almost a week, Socola Hospital is devoid of light. Unprepared for this sudden state of affairs, we have to take care of the sick by stumbling through the darkness worse than in the most miserable and primitive times. Last night, an officer sick with typhus suffered from intestinal bleeding and dowsed the bed and mattresses, we had to change him and make injections and other things using the light of a hand-held lamp. In such conditions we cannot work, and even our lives are in danger, because the protection against contagion and infection is almost impossible in the dark. We believe that a hospital with over two thousand beds deserves to have the light that many houses in Iaşi benefit from, where, of course, they are not working for the public good”.

The chief physician of the city sent a report to the City Hall on the epidemiological situation in the city and the analysis of the causes that caused the spread of the epidemic: “The population of Iași is threatened by a real disaster, from a health point of view. Sick infected patients are refused entry in hospitals; today we have had 28 typhus and 31 typhoid fever cases that had to be left at their domicile in bad isolation conditions. Those sick of current illnesses, as well as other less serious diseases, are not tended to; our staff cannot cope, and even if they multiply, they will not be able to reach them. The cleaning of the city is not done; the cleaning service in present organization is not enough. Animal cadavers, garbage pits, are everywhere. The latrines are not emptied, many of them are in the streets even. Residents cannot keep cleanliness, they cannot cleanse themselves. Lice are found even in the best of houses. There is also no lime, no soap, no oil; the lack of fuel makes even the cleaning by lye impossible to do; there is no improvement, although every day we expect to reap the consequences”.