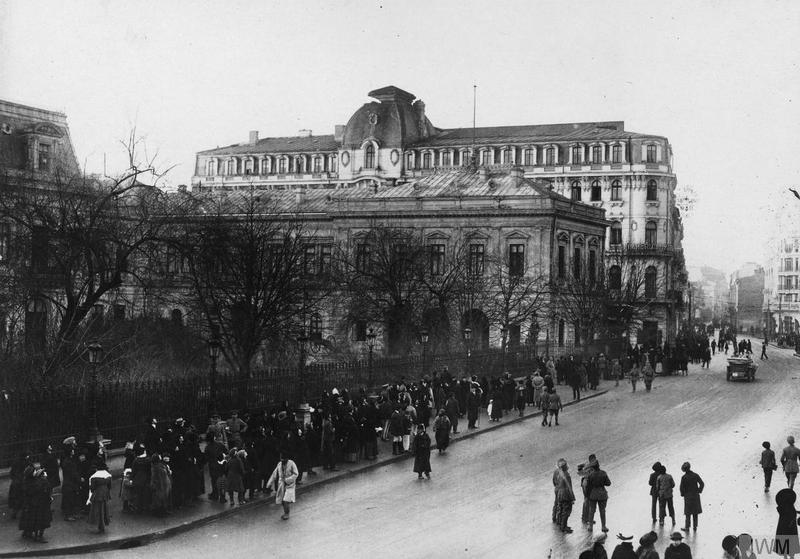 The numerous requisitions and restrictions imposed by the German military administration on the occupied Romanian territory during 1917-1918 provoked numerous civilian resistance actions. These actions ranged from refusing military orders to direct attacks on Central Power soldiers and destroying their garrisons.

Resistance actions were commonplace in rural areas. The peasants refused to execute the orders of the German military administration, which introduced forced labour, and soldiers of the Central Powers were often attacked. Gazeta Bucureştilor, a propaganda newspaper of the German authorities, frequently briefed the public on the rewards for the apprehension of wanted peasants that had attacked and killed occupation troops or that had devastated the garrisons.For example, peasants attacked the German soldiers at Câmpina, who retaliated with machine-gun fire. In the village of Întorsura, Dolj County, a German soldier was killed. In Brăneşti, Ilfov County, the Forestry School, where German troops were staying, was burned down and in Filiaşi, Dolj County, the house where the Austro-Hungarian soldiers were installed was likewise burned down. In addition to these actions, peasants also supported various groups of Romanian soldiers operating in the occupied territory. Many were arrested for refusing to surrender their weapons, despite repeated orders from the military administration, or because they tried to cross the front line to Moldavia to join the Romanian Army. To prevent revolt in the countryside, the military administration had to send a large number of gendarmes.

Many Romanians were executed by occupying forces for various accusations, “espionage”, “treason”, “hiding of goods”, “refusal to give information”, etc. For example, in Mehedinţi County, in the summer of 1917, 10 peasants were executed because it was believed they were a part of a resistance group led by lieutenant Victor Popescu. The occupation forces killed 10 inhabitants of the city of Brăila for “espionage”, 3 in Târgu Jiu, 4 in Văleni near Târgu Jiu, 5 in Putna County, 5 in Corabia, and in Conduratu in Prahova County, a whole family. Official statistics recorded 1448 executions. In fact, the number was probably much higher.

The German military police issued numerous fines for various acts of insubordination. Between April 1, 1917 and December 31, 1917, it issued around 8.000 fines, of which 2.924 were for declining to make statements on time.

In order to better supervise the population and prevent riots, the German military administration had to organize and maintain a large-scale police apparatus. It was coordinated by a central police station in Bucharest, to which another two central districts were added in Craiova and Ploiești. They coordinated police offices and sub-offices in all major cities and towns in the occupied territory. The city of Bucharest was initially divided into 6 police districts, after which another 6 were set up to better supervise the peripheries.

In order to diminish the resistance of the Romanians to the occupation regime, the German police took several precautions. For example, intellectuals and politicians who supported the Entente were arrested or sent to concentration camps, such as those in Săveni (Ialomiţa County) or Turnu Severin (Mehedinţi County). Some of them were then transferred to other camps in various countries of the Central Powers, from where they would return only at the end of the war.

The German police had the task of supervising Romanian policemen and gendarmes remaining in the occupied territory. Only 1.800 policemen remained in Bucharest. German officers took over the leadership of all police stations, exercising strict control over Romanian policemen. As for the gendarmes, many of them were replaced by Germans and Austro-Hungarians.