The “Responsibilities” of Romanian General Alexandru Averescu regarding the Flămânda manoeuvre 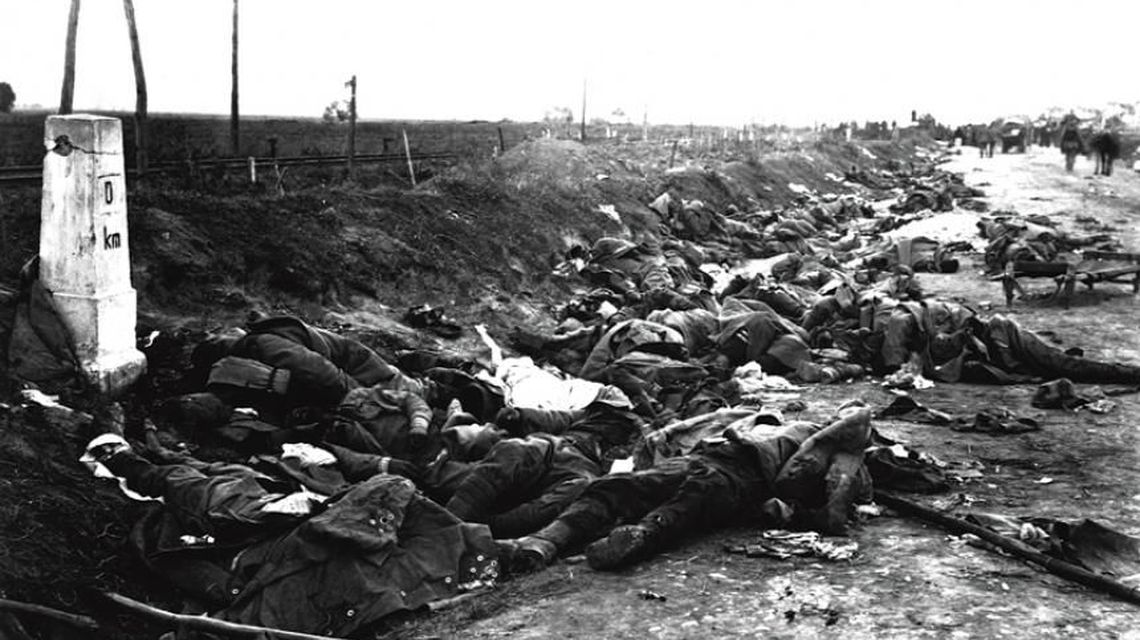 In Romania, the opponents of General Averescu reproached him on the military failure of the Flămânda manoeuvre, that aimed to catch the German- Bulgarian forces off guard, while they were on the offensive in the territory between the Danube and the Black Sea, through an attack on the Lower Danube. The situation was nothing less than a “bet against the weather”, as the crossing of the Danube into enemy territory was going to take place in the rainy season. The manoeuvre ultimately failed due to the intervention of Austro-Hungarian monitors on the Danube, but also because of the bad weather. After the war, General Alexander Averescu published a book “Responsibilities”, where he justified the Flămânda manoeuvre. Here is what Alexandru Averescu wrote:

“On August 25, I was moved from the Second Army to the Third Army. There were very serious fears regarding a Bulgarian invasion, by the crossing of the Danube. The fear was totally unfounded: it stemmed from the lack of knowledge of the distribution of the Bulgarian forces and from the excitement caused by the blow that was received at Tutrakan. The situation was, in fact, made serious, not so much by the threat of the enemy, but by our weakness. (…) I conceived a local action on the southern front. (. . .) For the operation, I needed troops that I could rely on for it had an extremely daring in nature. I went to the G. G. H. [Great General Headquarters] and I presented my plan. We intended to keep the enemy fixated on the Dobrujean Army front and attack him in the flank and in the rear with the Third Army, which would cross over the Danube at Flămânda (south of Bucharest). My project was approved but, instead of “reliable” troops, I was given “subpar” troops, namely: the 10th, 21st and 23rd Divisions. The 10th Division, which was incomplete, consisted of regiments from Dobruja; therefore, unreliable elements. [ . . .]

We appointed a commission to carry out the preparatory work, which began immediately, under the direction of General Văitoianu, commander of the 10th Division. The work was worthy of all praise and preparation, although it involved careful and very complicated details and even if it took 12 days, it was done under such conditions that the enemy did not know about our project until September 19, when the actual construction of the bridge began. (…)

In any case, the difficulties that were encountered were dealt with.

The operation could be considered as a success.

Unfortunately, or as we shall see, fortunately, during the night, a powerful storm was unleashed with torrential rain, which swelled the waters of the Danube and transformed the meadow into a huge slough. Any communication outside the road we built on a stretch of about 19 km was ruled out. It was brought to my attention that enemy monitors, which were blocked by the shallow water in the channel at the back of the Persina Island, managed to escape the canal and, taking advantage of the darkness, appeared in the morning near the crossing point.

The dams were made effective, and the shore defences could not signal the passage of the enemy vessels due to the darkness, storm and rain. The situation was serious, appropriate action had to be taken.

I immediately left for the G.G.H. and after a brief summary of what happened, I proposed the following two solutions:

1) Or to go ahead, with the risk that if the enemy succeeds in destroying our bridge, we will have no means to communicate with the rear and everything would depend only on the outcome of the operations going forward that is, on the solidarity of the troops;

2) Or suspend the operations for the time needed to move our heavy batteries in such a way as to keep the enemy monitors at bay from afar.

I stated that I was inclined towards this second solution because of the composition of the divisions that had been made available to me. I was given permission for the second solution and I gave the order from Periş even (in fact, the order was prepared in all its details before the departure and was left to General Cristescu. From Periş I telegraphed only that the order to be followed). This order prescribed the withdrawal of the artillery and part of the infantry during the night and to leave enough troops on the opposite bank to build a solid bridgehead, fortifying themselves there. [. . .]

On that same day, however, to my unbelievable astonishment, I received from the G.G.H. at three o’clock in the afternoon Order 1453 to withdraw the 10th, 21st and 22nd divisions and to send them to other armies, because in the verbal report I made on the eve [of the operation] I would have indicated “that the crossing of the Danube will not succeed”.