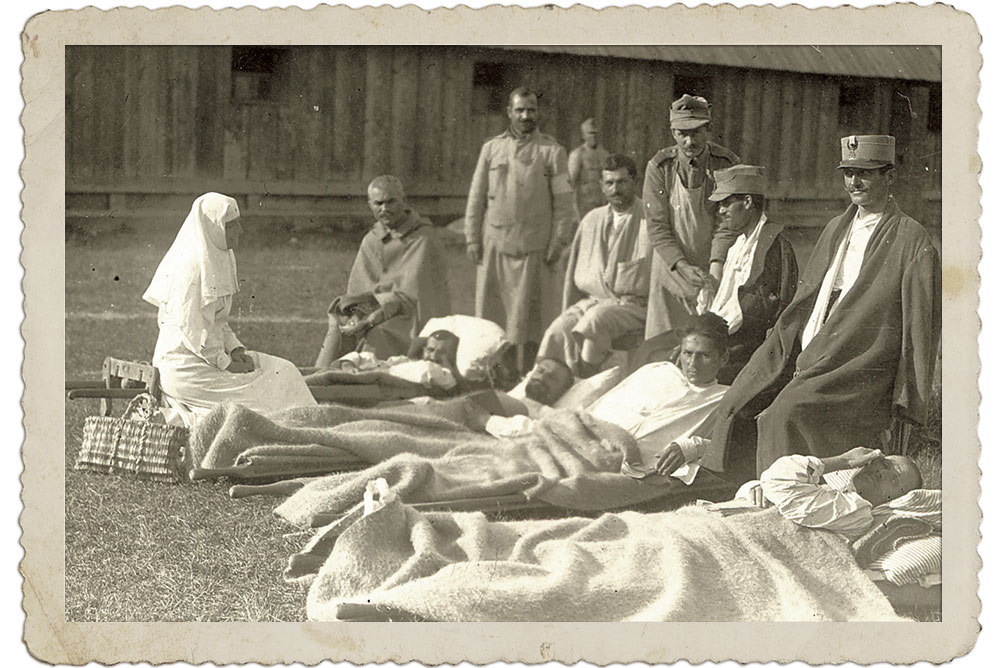 The military disaster in the autumn of 1916 led to a large number of Romanian prisoners being taken into Central Powers’ prison camps. The difficulties faced by the Romanian authorities at the end of 1916 and the beginning of 1917 led to a reduced concern for the fate of these prisoners. It was not until the spring of 1917 that the Romanian authorities initiated a series of measures that tried to improve the situation of Romanian prisoners interned in different camps all around Germany, Austria-Hungary, Bulgaria and the Ottoman Empire.

The Romanian government tasked its diplomatic representatives in Allied countries to take the necessary steps in order to find out the fate of Romanian prisoners of war. Considerable funds were then allocated for the purchase of food and other supplies to reach them through different channels, especially through Red Cross societies in neutral countries.

On May 13, 1917, the Minister of War, Vintilă Brătianu, presented to the Romanian Government a report stating the need to establish in Bern, Switzerland, where the headquarters of the International Committee of the Red Cross was located, a central bureau for the assistance of Romanian prisoners in the Central Powers’ prison camps called “The Romanian Red Cross Agency”:

“The duties of this office will be: to conduct research and to provide information on our prisoners; to contact all the authorities it needs to; to provide funding to the committees organized to procure and transmit the necessary supplies to our prisoners in the concentration camps that fall within their sphere of action, while having the right and the duty to control the work of these committees.

Since the food and clothing stores available for prisoners  are exhausted in Switzerland the Romanian Red Cross Agency will have to procure the necessary supplies for the prisoners, from France or, possibly, from England. For this purpose […], the Agency will have under its control a Romanian organization in Paris, for the prisoners in Germany and Austria, and another in Bern for those in Hungary, Bulgaria and Turkey. […]

In order to fulfil its purpose, the agency will need […] 10 francs a month for food and 35 francs every quarter for the clothing of each prisoner, which would amount, for every 10.000 prisoners, to a monthly expense of 150.344 de francs, a sum that we believe we can approve”.

The establishment of the Agency was decided in the meeting of May 14 of the Council of Ministers in Iași, which approved the report the minister Vintilă Brătianu.

Led by Rear Admiral Nicolae Graçoski [in some documents his name appears under the form Graçosky], the “Romanian Red Cross Agency” managed to bring certain improvements to the condition of Romanian prisoners. In a report on the establishment and the activity of the Agency, from October 6, 1917, an audit is made of the amounts spent by the Romanian state for improving the conditions of the prisoners, up until to that date:

“[…] Mr. Rear Admiral Graçosky proposes and the government approves […] that prisoners in Turkey, Bulgaria and Germany be sent between 30 to 60 lei every month for food and 100-150 every quarter for clothing, these amounts remaining lower by one third for Austro-Hungarian prisoners, as the monthly allowances paid there are higher. […]

Prior to sending Mr. Rear Admiral Graçosky to Bern, the Romanian government had sent the following sums to help our prisoners:

20.000 lei to the Spanish Legation in Sofia for the prisoners in Bulgaria.

7.642 lei to Sofia for the payment of Romanian teachers in Bulgaria.

5.000 lei to Sofia, to help the Romanians in Meglenia (Macedonia).

100.000 to Madrid, for the prisoners in Bulgaria and Turkey,

At the arrival of Mr. Rear Admiral Graçosky in Berna, the sum of 206.134,55 francs was available, according to the presented budget […].

In addition, a million-dollar credit line was opened in London […].

The French government commissioned and provided 300.000 kg of bread a month for our prisoners, provided that the Romanian government intervenes so that the shipment of food has the guarantee of the German government that it will reach the destination”.