The Royal Family in Oradea: “The joy of the population that gathered from all the surrounding villages to meet us was frenetic” 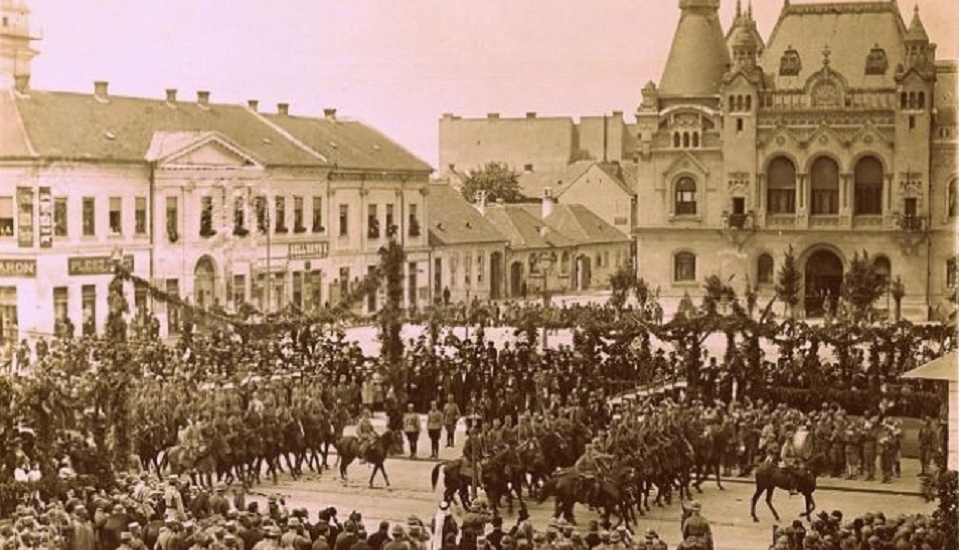 During their first visit to Transylvania, the royal couple, Ferdinand I and Marie, visited Oradea, recently liberated from the Bolsheviks. It was May 23, 1919 and the beautiful Transylvanian city was waiting for its guests.

Queen Marie wrote the following in her journal: “We arrived in Oradea after a good night’s sleep, we woke up early in the acclaim of the people. Freedom has been achieved after centuries of oppression, and Nando, myself and our army were the liberators. Oradea is a beautiful and large city, where not long ago the Bolsheviks were in power and committed monstrous horrors, a city that our troops liberated.

We had a wonderful reception. The joy of the population that gathered from all the surrounding villages to meet us was frenetic. Wonderful costumes, extraordinary ovations, religious services in different churches, a review of the troops and a military parade and then the parade of those gathered, in separate groups led by the priest of each village. A wonderful view and everyone was aware of the fact that they were liberated, indeed a great moment and many eyes were filled with tears. I wore a Romanian national costume. My regiment was also here, it performed admirably.

It was followed by a huge military lunch that lasted two and a half hours. This is the only torture, these long meals. I went to the episcopal palace where I first received the widows and orphans of Romanians who were killed by Hungarians, and then countless delegations from all the different groups in the city. Orthodox priests, Greek Catholics, Catholics, Protestants, Jews, city authorities, schools, merchant delegations, University professors, peasant representatives,  the city’s women’s association, and finally, even a choral society”.