The Serbian invasion of Banat (I) 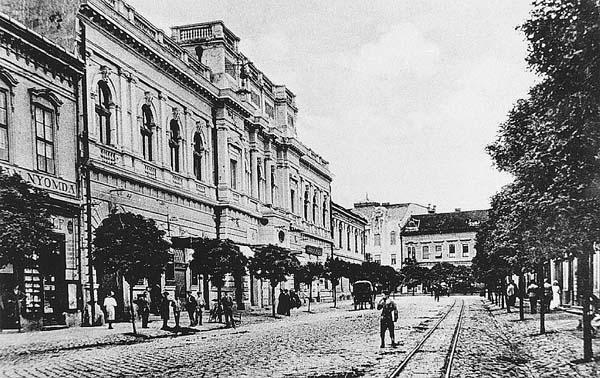 Just a few days before the end of the First World War, newly liberated Serbia sent its units to occupy Banat, taking advantage of the collapse of the Habsburg Monarchy. On November 15, 1918, the Serbs marched into Timișoara, inaugurating two and a half months of repressive regime against the Romanian majority population.

In the autumn of 1916, in Bucharest, the act is signed by which Romania agrees to take part in the war effort of the Entente against the Central Powers.In exchange, it was to receive the territories of  Maramureș, Transylvania, Crișana and Banat once the Austro-Hungarians were defeated.Shortly after the treaty was signed, military operations began, but after more than a year of gruelling fighting, Romania was forced to sue for peace.

However, its fortunes changed at the end of 1918. The Bulgarians had to request an armistice after they were overwhelmed along the Macedonian Front by the reunited armies of the Entente. This providedan impetus for Romania’s re-entry into the war on November 10, 1918, which mobilized its forces and denounced the humiliating peace it had to sign with the Central Powers.

While German armies were hastily withdrawing from Romania, the Serbian units that had just liberated their country were setting their eyes on Banat and occupied the entire territory up to Timișoara.

On November 1, as a result of the disintegration of Austria-Hungary, the autonomous Banat Republic was proclaimed in Timișoara, which was recognized and subordinated to the Hungarian government.Even though a council of representatives of the main ethnic groups in Banat had been created, the Romanians withdrew from this council when the decision to establish an autonomous state was taken without them. They saw this as an attempt to prevent the union with Romania.

Disagreements with the Romanian majority fractured the new state and although the military guards of the “republic” established some control over the territory, the invasion of Serbian troops took place without much difficulty.The Romanians welcomed them with open arms and did not expect them to behave like an occupation army.

Romanians at the mercy of the Serbs

From the very beginning they behaved in a reprehensible manner. They committed acts of violence, robbed people of their possessions and imprisoned those who opposed them. Romanian national guards and national councils were forcibly suppressed.Romanian peasants were deported inside Serbia, where they were forced to work in the fields.

The Serbs plundered Banat, dismantling factories and other important enterprises. Even railway lines were looted, causing an estimated damage of 200 million crowns.In just one day, almost two hundred wagons with furniture were stolen from private individuals and public institutions, causing an additional 18 million crowns in damages.

While this was happening, the Great Powers were becoming more and more worried that a military conflict will arise between the Serbs and the Romanians and asked the Serbian government to withdraw its troops in the western part of Banat, also known as Torontal. The deported Romanians were to be repatriated and all the looted goods returned.

French troops entered Timișoara in December 1918 and Lugoj in mid-January 1919. The city of Arad, which was under Hungarian control, was also occupied.However, before leaving, the Serbs took the archives with them, in an attempt to hide their misdeeds.Even so, they could not accept this state of affairs and insisted during the Paris Peace Conference to cede the whole of Banat to them.