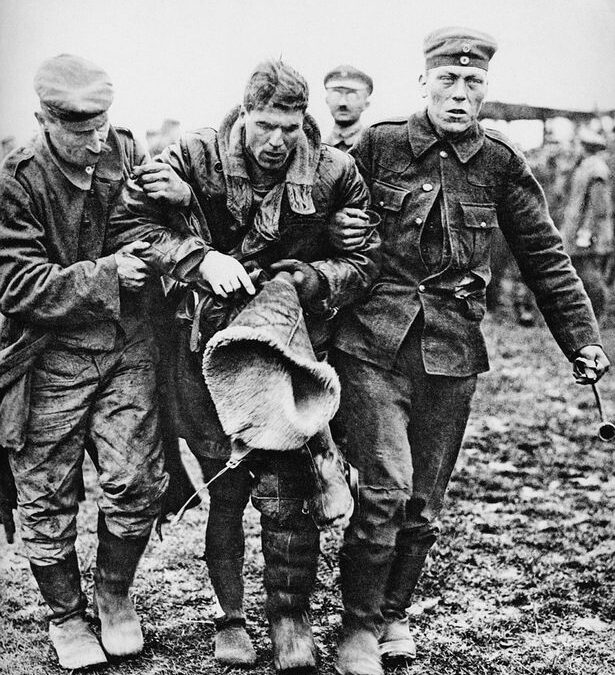 Romania entered the First World War on the side of the Entente in 1916, after 2 years of neutrality. During the course of the conflict, a number of 237.942 men were taken prisoner by the armies of the Central Powers, most of them by German troops. Documents prepared by the Statistics Section of the Ministry of War in Romania showed that 142.653 Romanian prisoners were taken into German camps, having to endure an extremely rough regime and numerous hardships.

The Statistics Department of the Minister of War stated in a report that:“We have evidence and enough documents on the inhuman treatment they were subjected to, especially the Romanian prisoners in Germany and we reserve the right to return to this issue as soon as the study of documents will be completed: one thing is certain, in no country with which we were at war, were the Romanian prisoners subjected to such a regime with the obvious desire to eliminate them through exhaustion as in Germany, a situation which you will also communicate to the war minister Noske as well as our firm determination to insist on the application of sanctions”.

Romanian prisoners suffered from hunger and were forced to work in mines, factories, in construction and agriculture not only in Germany proper, but also in the occupied territory of Romania. A report prepared by Captain Horațiu Sorescu, commander of the Romanian prisoners in the Neuhammer camp (now Świętoszów, in Poland), mentions that:“On April 31, 1919, we received from Lieutenant Mărcuși the prisoners of the Neuhammer camp, who number today [May 6, 1919] 1.110 people, plus 64 civilians.

The camp committee does not even have the smallest amount of food, and the prisoners have to rely on what they receive from the Germans and the goodwill of the US food commission, which has since yesterday withdrawn the 200 grams of biscuits that they usually donated, so they only receive one can of meat for 20 people a day. All in all, they get 320 grams of bread a day from the Germans and nothing else.

The conditions in the camp are critical and pitiful and I cannot guarantee for any unpleasant eventuality (riot) if the supply will not improve immediately. One thing that really upsets the Romanians is that the Russians receive 600 grams of bread a day, which I cannot really understand. I spoke to the Germans to give to us the same amount and I was told that the surplus, from 320 grams to 600 grams that the Russians receive, is paid for by the US.

How do those who have no mission in Germany live better than our people, who have a mission in Berlin? Or are the miserable Romanians not even worth the daily bread?

Regarding the US Commission I can say that they have very little interest in us. So far, I’ve asked them daily for food to be improved on their part but all was in vain, and even the 200 grams of biscuits were taken, saying that they had received an order from Berlin to no longer distribute any food to any prisoner until they get a distribution order”.

27% of the total Romanian prisoners in the German camps died

A report signed by Lieutenant-Colonel E. Lupașcu, entitled “Memoir regarding the issue of Romanian prisoners”, underlines the harsh treatment applied to Romanian prisoners in German camps:“The treatment of our prisoners in enemy countries, but especially in Germany, was more than inhuman, even barbaric. Insufficiently fed, put to the hardest work, lacking clothes and beaten, these people have experienced incredible suffering.

So, for example, to cite only two examples: the cemetery of the Lamsdorf camp contained the graves of 8000 Romanians, and that of the Tuchel camp 2500. Not only that, when the situation of the prisoners began to improve with the aid coming from different committees of the Red Cross, most of the Romanian prisoners were grouped in working battalions (commandos) and sent to the frontlines of Belgium, northern France, Alsace, Lorraine, Tyrol, Serbia, Macedonia and Asia Minor.

The destination of these battalions was kept hidden, so aid sent from the outside could never reach them. Fed with crumbs and strips of gull and beet, stripped and worked until they died with the spade in their hand, these martyrs had their bodies scattered in the above regions”.