The testimonies of an Austro-Hungarian soldier: “In these moments a man forgets about his parents, about death, and he becomes much like a wild animal” 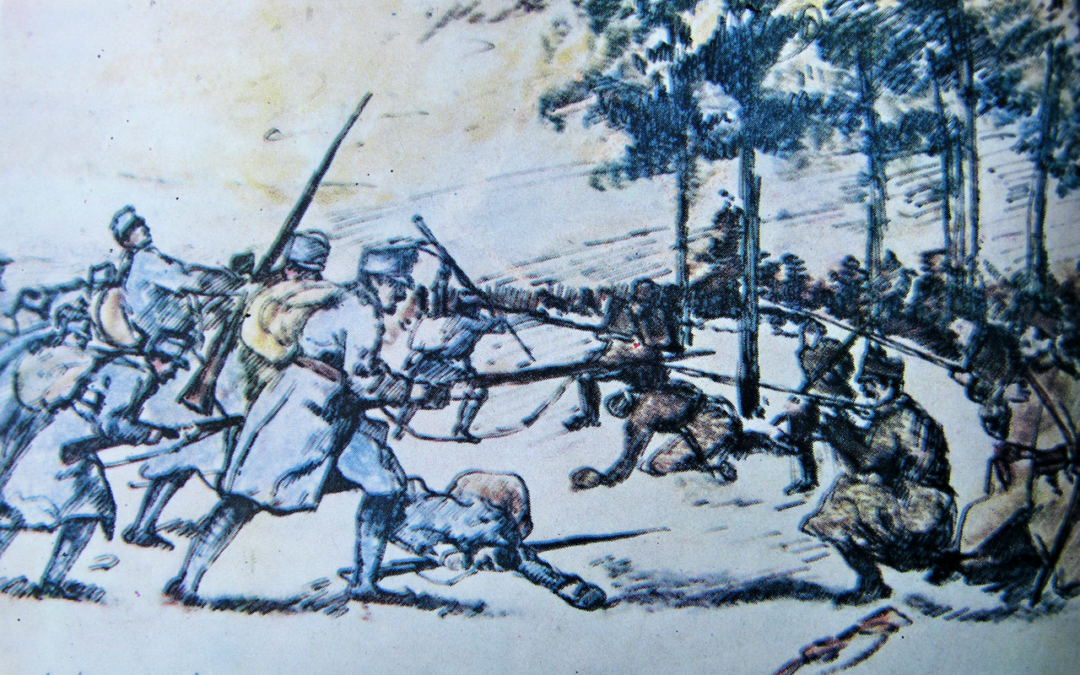 Nikolaus Páll was a soldier in the army of the Austro-Hungarian Empire during the First World War. In a small notebook he wrote about his wartime experiences: as he was sent to the Italian Alps, the conditions he witnessed at the front, his comrades, about desperation and ultimately hope. This journal mysteriously found its way to Constanța, where it is now in the possession of the county library.

The Hungarian soldier appears to have been born in Budapest but also had relatives in Romania, in today’s Bihor, but also in Italy. Pall’s diary begins in May 29, 1916, when he was recruited, in his first night in the barracks:

Today, I was recruited like everyone else to go to into the meatgrinder. I slept in a gym and drank from the stream that passed through the courtyard. I was assigned according to my wish, to an artillery position in Budapest. I spent the whole day in the rain and spent the night on a third-class train.

Today I received my first meal. This is what they call the bean soup, salad and sausages; in the evening: black bread and sausages. When the meal was over, we were handed out our clothes. It was like I got into a sack, this was what it felt like. It cannot be described, you have to experience it first-hand. Before bedtime, the cleaning began. Where are you, my little blonde, to kiss me and send me to bed? The room guards blew into the lamp at nine o’clock and everyone had to say on command «Good night! ». Then somebody had to tell a bedtime story. What interest did we have in fairy tales?”

He declared he knew German, a decision he would later regret as he was sent to Vienna. It was June 21, 1916 when Páll first became acquainted with the military arsenal. On July 19, he was sent to the operations theatre: “I started my journey to the front. Vienna, Salzburg, Innsbruck, Bolzano, Trieste”. From now on, the soldier would experience famine and be at the mercy of nature:

“July 31, August 1, August 2, 1916. The advance. From the searchlight group we were 30 men with a 25-centimetre reflector. During the night, at one o’clock the artillery started. Here I shot at the enemy for the first time. There were a lot of deaths both on our part and on the part of the Italians. Here I realized how much a man’s life is worth, and how it feels to have a bullet fly by your head. In these moments a man forgets about his parents, about death, and he becomes much like a wild animal. The grenades were exploding everywhere. Up, down, left, right, all over the place, through a great many screams. Only to think about such a moment! You do not even feel how heavy the equipment is. From July 31 until August 2 we advanced, the Italians were retreating, as one prisoner followed the next, led back by one of our own. May the Lord keep us safe, because we are not getting out of here alive. We were at a height of 3.547 meters, threatened all the time by blizzards and avalanches. If you did not hold the rope, the blizzard took you off your feet. I was sleeping in a snow cave. I ate from my own supplies, because we did not get any food on account of the bad weather”.

On September 1, 1916, the Italians strengthened their forces and started the offensive. “They started pushing us back. We had to retreat. The order came that we have to hold the line first until command withdraws. Everything remained in the hands of the Italians. The bread bag was full of munitions. I went down to 2.000 meters, it was warmer”.

The winter was rough- the snow the height of a man, and the risk for an avalanche was ever present:

The avalanche alarm sounded the whole night. We braced for it but maybe it avoided us. The snow is five meters deep and we walk in ditches and tunnels.

Days with a lot of snowfall. It’s been going on for 72 hours straight. Once lunch was over, it was my turn to stand watch, but they barely took me out of the snow, four of them had to struggle with me. One avalanche buried 32 people, and they have yet to be dug out. The observation service was suspended until new orders”.

Decorated on the birthday of Charles I of Austria

The anniversary of Charles I, the last emperor of Austria-Hungary, was commemorated on August 17, 1917. “The celebrations began in the evening of August 16. The speech of our officer was nice, especially on the battlefield. For me it was even more beautiful because I received the bronze medal”, the soldier recounts.

On the night of August 27 to August 28, 1917, the unit started attacking the Italians. “I used another reflector because mine had been destroyed by the machine gun of the enemy. The attack was very difficult. We were not successful, but we had neither dead or wounded. Fire was exchanged all night, but only the reflector frame was hit. We have to find other positions tomorrow because we are sitting targets here”, he recounts.

When autumn came, the weather turned deadly once more: “2-7 October 1917. Very strong gale. In these five days I could not even dry myself. During the day you were not allowed to warm up the room for the night. Each man received two pieces of firewood. So, we were cold all the time. Even my reflector froze at night. The blizzard took the lives of some of our comrades”.