The train carriage in which the First World War ended 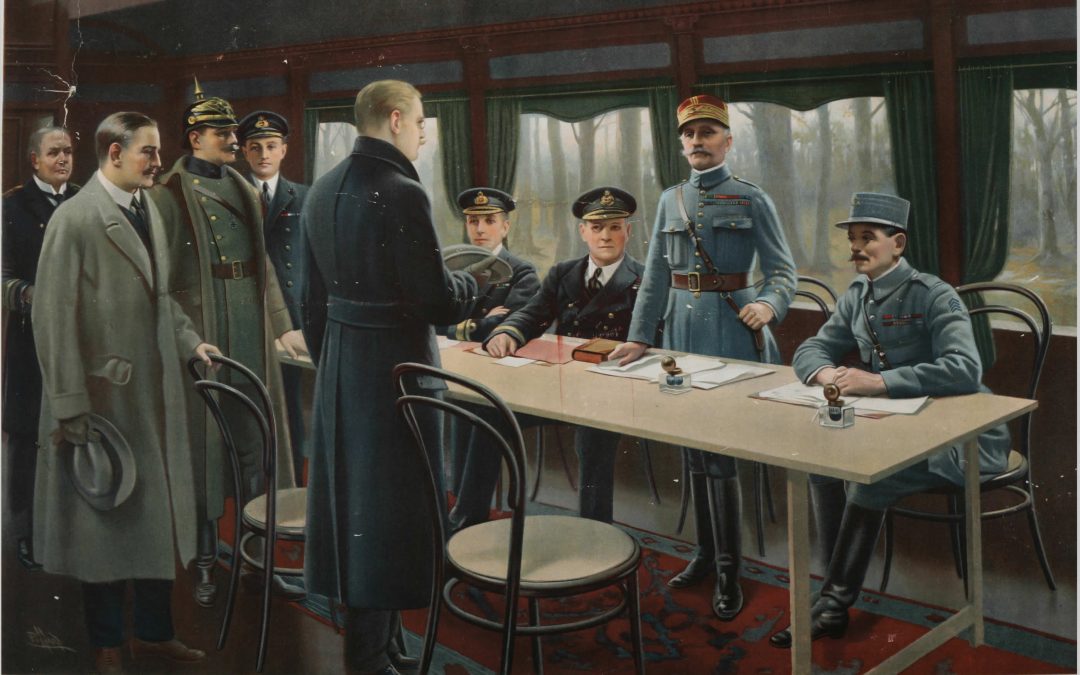 At 11 o’clock on the eleventh day of the eleventh month of 1918, inside a train carriage in a clearing near Compiègnea, the armistice between the powers of the Entente and Germany was signed.

Negotiations began on November 8 in a train carriage that had been transformed into the office of French marshal Ferdinand Foch, who presented the terms of the armistice to German State Secretary Matthias Erzberger. On November 11, at a quarter past two in the morning, the last talks between the Allied Powers and Germany took place, followed by the signing of the armistice, which came it came into force the same day.

The event is still celebrated by the victors of the First World War, but in German history it is known as the “overwhelming defeat” (Die unbewältigte Niederlage- Gerd Krumeich), because no one in Germany identified with this event, or with the peace treaty that followed on June 28, 1919.

The war left in its wake 8.5 million dead and over 21 million injured. Following the armistice and the Treaty of Versailles of 1919, Germany was declared the only guilty party for what had happened in the First World War. The country lost approximately 14% of its territory. In addition, it suffered economically from the enormous compensation it was forced to pay and had to give up its colonies to the victors.

However, not everything boiled down to defeat and loss (Kultur der Niederlage- Wolfgang Schivelbusch), because Germany changed its form of government to a democracy. It also became one of the first large industrial nations and gave women the right to vote.

In 1939 the Second World War began. Adolf Hitler’s Blitzkrieg led to the rapid conquest of Poland, followed by France in 1940. Hitler decides that the capitulation of France be signed in the same place and in the same train carriage where the armistice with Germany was signed and humiliated in 1918.

The train carriage was later taken to Berlin and placed in front of the Brandenburg Gate. At the end of 1944, as Germany was threatened by the USSR, Hitler decides to destroy the train carriage to avoid the shame of signing a new armistice.