The Treaty of Versailles and Clemenceau’s predictions 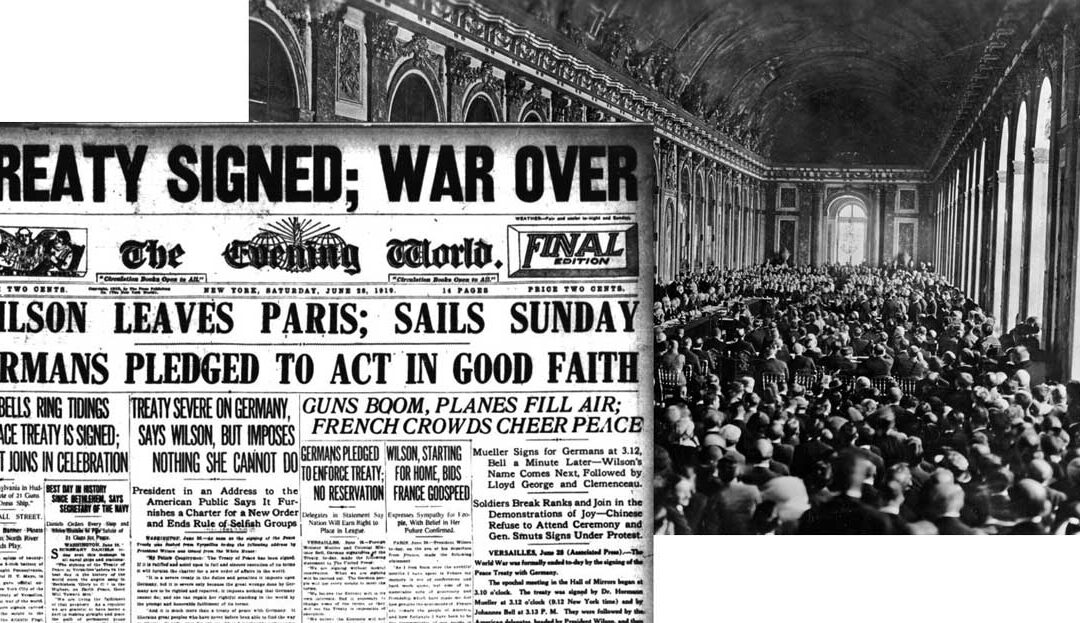 It was just after 3 pm, on June 28th, 1918, when the two German ministers elected for the ungrateful task of signing the Peace Treaty entered the great Hall of Mirrors in the Versailles Palace. German Foreign Minister Hermann Muller and Transport Minister Johannes Bell were heading to the table where the text of the Peace Treaty between Germany and the Allies was placed.

The French hosts carefully chose the place where the treaty would be signed. French Prime Minister Georges Clemenceau himself was involved in choosing it. For the French, everything was about prestige and history. It was the place where Wilhelm I had been proclaimed emperor of unified Germany, after the defeat of France in the Franco-Prussian war of 1870-1871. The Prussian prime minister at that time and future chancellor of the German Empire, Otto von Bismarck, had deliberately chosen the palace of Louis XIV to humiliate France. Nearly half a century later, the French could not forget the German arrogance and took the opportunity to avenge their humiliation.

Upon entering the Hall, the two German dignitaries had to pass a long line of French veterans mutilated during the war, who had been brought in precisely to remind them of the suffering that Germany had caused to France and the French people. Edward House, the main diplomatic adviser to US President Woodrow Wilson, would record the historic moment: “The whole event was meticulously staged and made as humiliating as possible for the opponents”. Following the signing of the treaty, Muller and Bell returned to a mourning Berlin, while in Paris, the French celebrated.

The terms of the Peace Treaty were set by the Allies, with the German delegation not being able to negotiate. The treaty was particularly harsh with Germany, the country lost 13% of its territory and a tenth of its population (around 6.5 million people), but also temporarily sovereignty over a 50-kilometer strip of land east of the Rhine and over the Saarland, an important industrial and mining region. Germany also lost important territory in the east to Poland. At the same time, because the Treaty stipulated that all responsibility for the outbreak of war belonged to Germany, the country was obliged to pay war reparations of 132 billion gold marks. Concerning its military, the German army was restricted to no more than 100.000 troops and was denied the use of tanks, planes and submarines. The German navy was practically disbanded. The loss of the colonies was the last thing that interested the Germans.

The provisions of the Treaty aroused astonishment and revolt among the Germans. Spontaneous demonstrations of protest against the peace treaty took place throughout Germany, which seemed to have been drafted “just to bring Germany to its knees”. Many Germans came to associate the Treaty of Versailles with the revolution of 1918 and the establishment of the Weimar Republic. Some, especially from the far right, called the treaty the “true constitution” of Weimar – a form of “non-German” state imposed from the outside, whose sole purpose was to subjugate the German people for generations.

On the other hand, in France, Clemenceau was always of the opinion that he had succeeded in obtaining the most advantageous possible agreement for his country. However, he was well aware that the application of the Treaty would be much more difficult, as he stated before the Chamber of Deputies in September 1919 during the debate on the ratification of the Peace Treaty: “The Treaty with all its complex clauses will only be worth what you are worth; it will be what you make it […]. What you are going to vote today is not even a beginning, it is the beginning of a beginning. The ideas it contains will grow and bear fruit. You have gained the power to impose them on a defeated Germany”.