The unsuccessful attempt to renegotiate the Treaty of Bucharest (1918) 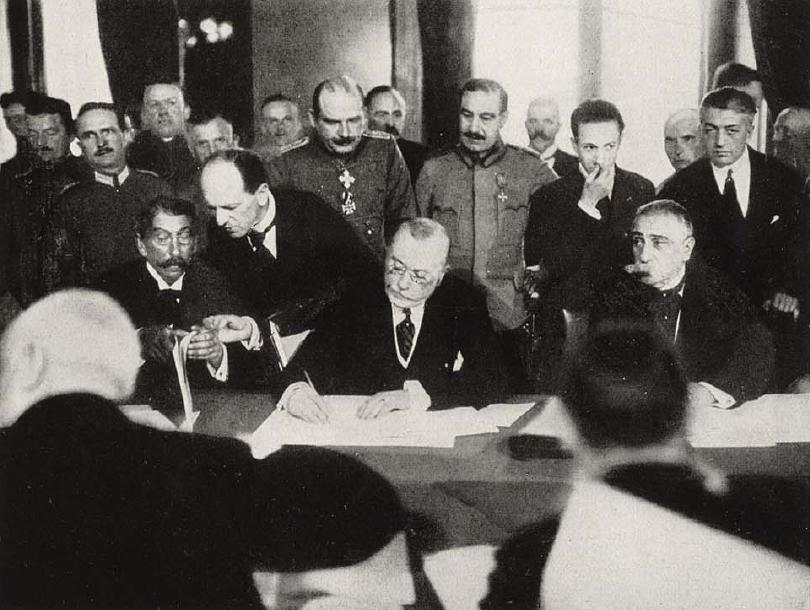 The failure of the German offensive on the Western Front and the Entente’s subsequent counteroffensive on all fronts in the fall of 1918 weakened the position of the Romanian government. Installed in the spring of the same year with full backing from the Central Powers, the Marghiloman government had to administer the country following its defeat and the signing of the Treaty of Bucharest (May 7, 1918). In this changing context, the pro-German Romanian government tried to regain some legitimacy, by renegotiating the humiliating treaty with the Central Powers, which was never ratified by King Ferdinand I.

In the fall of 1918, the forces of the Entente were advancing on the Balkan Front. In September 1918, troops led by General Franchet D’Espérey defeated Bulgaria, and in October Serbia was liberated. The risk of Romania’s re-entry into the war, caused General August von Mackensen, the commander of the German troops in Romania, to adopt a more conciliatory attitude towards the idea of a modification of the Treaty of Bucharest.

Among the provisions that were to be subject of revision were the status of Dobruja, according to a note made by Marghiloman after a discussion with the German diplomat Alfred Horstmann, on October 7, 1918:“Early in the morning, Horstmann, who was waiting in the salon … was very restless. If I postponed the conference, it would mean that I would not ratify it. Peace will be restored for sure, but can all the work done for so long be destroyed? A defeated Germany will still be a great state: can we afford to be counted as one of its enemies? He is afraid if Arion and I are missing, that the King and Moldavia will be tricked into doing something foolish. I reassure him, but I immediately tell him that I am powerless if the Dobruja question is not resolved and that, apart from the other pending issues, it is necessary to regulate the issue of oil, which was refused to the population, and to set a limit for the duration of the occupation. Horstmann says they will die to the last man, but Romania will not be surrendered, if it declares itself an enemy.”

The Germans were willing to make some compromises to avoid Romania’s re-entry into the war and to maintain the government led by the pro-German Marghiloman. In contrast, a feverish activity was carried out in Iași to put Romania on war footing. On October 29, in the provisional capital, General Henri Mathias Berthelot, the commander of the French military mission in Romania, issued a vibrant proclamation meant to mobilize Romanian soldiers:“French troops crossed the Danube today… Romanians, to weapons! For eight months you have all been able to judge the brutality of the enemy who thought you were at his mercy. The Germans laid waste to your plains, pillaged your homes, settled bondage and hunger in your hearths, firmly convinced as they themselves told you, to only leave eyes to weep…. The moment has come to burn the paper rag [the treaty with the Central Powers] that was brought to us in Bucharest. Soldiers! Let our battalions unite with yours … Get up Romanian brothers and throw yourself at the enemy!”.

The government led by Marghiloman was dismissed on November 6, 1918, and three days later Romania was back on the side of the Entente. Instead of Marghiloman, General Constantin Coandă was commissioned to form a new government.