The Vardar Offensive and Romania 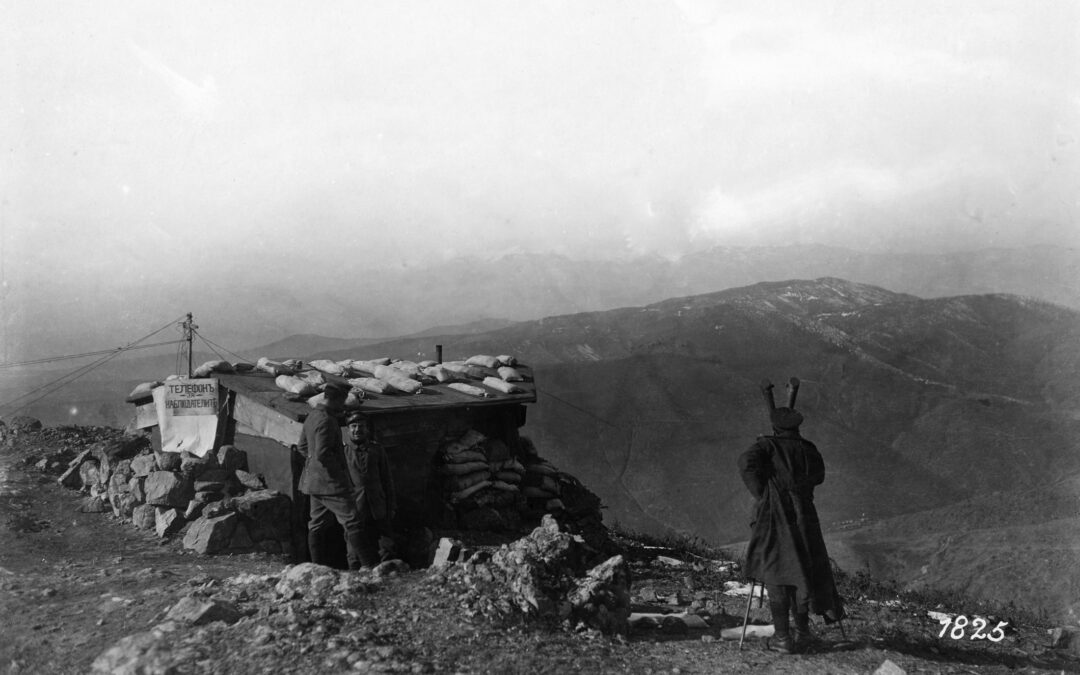 Most often political and military events are handled and viewed by politicians in different ways. But what distinguishes good politicians from mediocre ones is the vision and the capacity to anticipate the consequences that an event can have on the country. This is the case for Alexandru Marghiloman, the prime minister of Romania in the autumn of 1918, but also for Ionel Brătianu, who held the office of prime minister several times. The two had anticipated differently the outcome of the Vardar Offensive and Bulgaria’s exit from the war. Who was ultimately wrong and who was right?

The peace that the Russian Bolsheviks concluded with the Central Powers left Romania without too many options. Without its Russian ally, Romania also had to ask for peace. By the Treaty of Bucharest signed by Romania on May 7, 1918 with the Central Powers, the terms of peace were agreed upon. While the Romanian Parliament ratified the treaty, King Ferdinand refused to promulgate the “humiliating peace”.

In the meantime, things took a new turn on the Western Front. The Second Battle of the Marne in the summer of 1918 was the last major offensive of the Germans in the First World War. It did not take long for the news to reach Romania that the Germans were ultimately stopped and forced to retreat beyond the Marne, that thousands of US soldiers were arriving each day on the French front, and that the Austrians were reeling from the failure of their Piave offensive on the Italian Front. These developments gave hope to the Romanians that the fate of the war could change in favour of the Entente. The beginning of the end for the Central Powers came on September 15, when General Louis Franchet d’Esperey launched the long awaited offensive of the Allied army on the Macedonian Front. Things would also change for Romania..

On the Thessaloniki Front, two French divisions and a Serbian division attacked the front of the 11th German Army, largely composed of Bulgarian forces. In just two days, the Bulgarian defensive lines were pierced, and the Bulgarian army withdrew hastily. On September 28, the Bulgarian High Command requested an armistice. One day later the armistice was signed and Allied troops were allowed free passage on the territory of Bulgaria. Allied troops continued their advance further north, being slowed down only by inadequate roads and railways. Soon the Romanian Front was established on the Danube.

The news of Bulgaria’s defeat spread quickly in Romania, but it would be perceived differently by the deciding factors in Bucharest and Iași. If the pro-German Alexandru Marghiloman, the conservative leader of Romanian government at that time, thought that a defeat of Germany or a dissolution of Austria-Hungary was inconceivable, events were perceived differently in Iași. King Ferdinand, numerous politicians and senior military leaders realized that the turn of events could favour Romania if one acted in the spirit of the events. King Ferdinand ordered Alexandru Marghiloman not to make any commitment regarding the ratification of the Treaty of Bucharest. On the other hand, Ionel Brătianu, the former prime minister and the one who had negotiated Romania’s entry into the war, sent messages to Paris and London that King Ferdinand and the country he was leading remained loyal to the Entente. Noticing the political-military changes, Romanian generals made plans for the remobilization of the army and preparations to get back into the fight on the side of the Entente, all with Ionel Brătianu’s consent. In the end, Romania once more mobilized its army and entered the war. The end of the conflict found Romania firmly on Entente’s side.