The visit of the Royal Family in Câmpeni, at the tomb of Avram Iancu 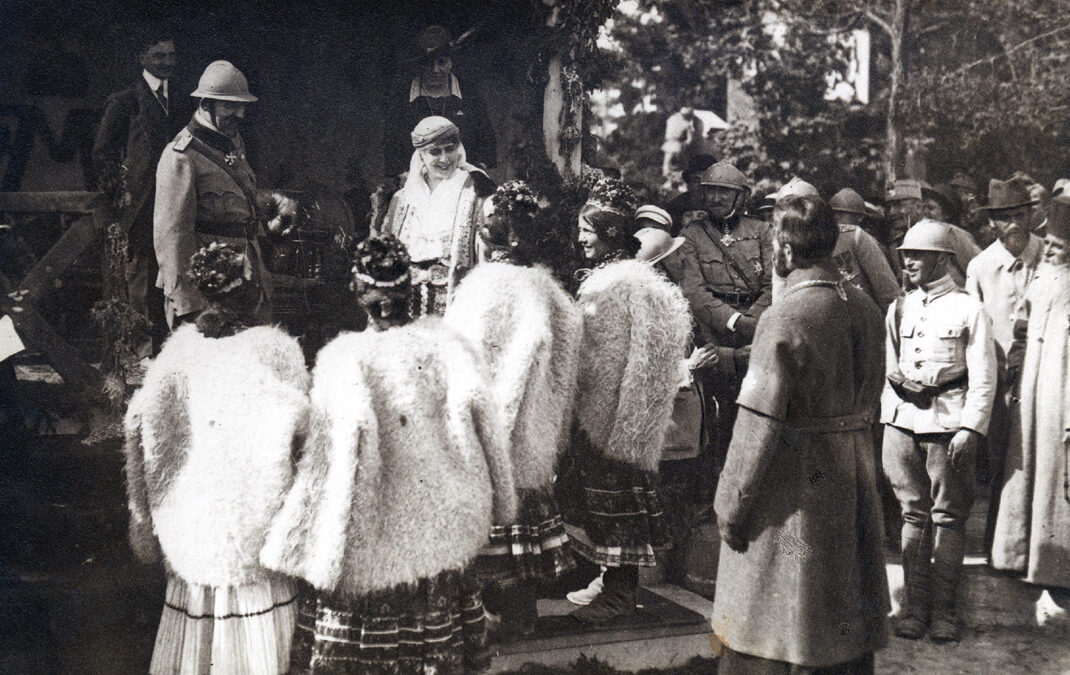 In its journey through Transylvania, the Royal Family also stopped in Câmpeni, the place where Avram Iancu, the leader of the 1848 revolutionary movement in Transylvania, is buried. In Câmpeni, King Ferdinand and Queen Marie inaugurated a bridge, “Ferdinand I”, and then spent the rest of the time among the locals.

“I slept very well in an excellent bed, surrounded by all the attention that simple and loving hearts can invoke for my comfort. Here the lilac just bloomed and my room is full of lilac flowers, yellow tulips and irises. We had a huge almost appetizing breakfast, prepared with emotion by the women here who seem very simple, but which, my senses tell me, are very much educated. They lack pretentiousness, which makes them very pleasant.

Our first task was the inauguration of a new bridge that received the name «King Ferdinand». All the peasants gathered around us as usual, glad to be able to touch us. Then we drove to Abrud. The whole area is too beautiful, and the spring green of the trees makes it delightful- but the weather was not always so pleasant, the rain was falling all the time, but anyway, that did not dampen anyone’s enthusiasm.

We arrived at Abrud where we were wonderfully received. It is a rustic and cute little town between the hills. As usual, all the peasants marched in front of us in a large very picturesque market, and the popular enthusiasm was indescribable. It was indeed very difficult to tell from where their noisiest sympathy was expressed. Over all they were absolutely delusional in their joy. Of course, a huge lunch awaited us, and you knew that where the housewives took care of the food it was remarkably good, except that, since each of them prepared a dish, you were absolutely obliged to eat from each one. Especially at the end, when several types of cakes were served and all of them had to be tasted.

The whole afternoon was occupied by the long and delightful road to a place where the gold from the mountains was washed and gathered. Here they call these «factories» «stamp mills». Here a young girl of a German director felt compelled to hold a speech in French! They gave us a very nice piece of gold. Then I spoke to the girl in German, which was a relief for her.

Along the way I met the most enthusiastic and loyal peasants in each village, often the women offered me embroideries made by them. The country is far too beautiful, and the road curves over mountains, through glorious forests, to the plains. From the “stamp mills” I went to a church where their great hero Avram Iancu is buried. I went to his grave where a «parastas» [requiem] was held. Peasants, peasants everywhere, thousands upon thousands. In the church yard there is a huge oak tree which they call «Horia’s oak». There they planted another oak in memory of our visit. Everywhere we are proclaimed as victors and liberators, our road is truly a triumphant road. I really love this people. Beside their beloved Avram Iancu lies buried a young officer which fell in battle against the Bolsheviks. He too died for the same cause, but this time it was a winning cause”.