The “war capital” of Romania 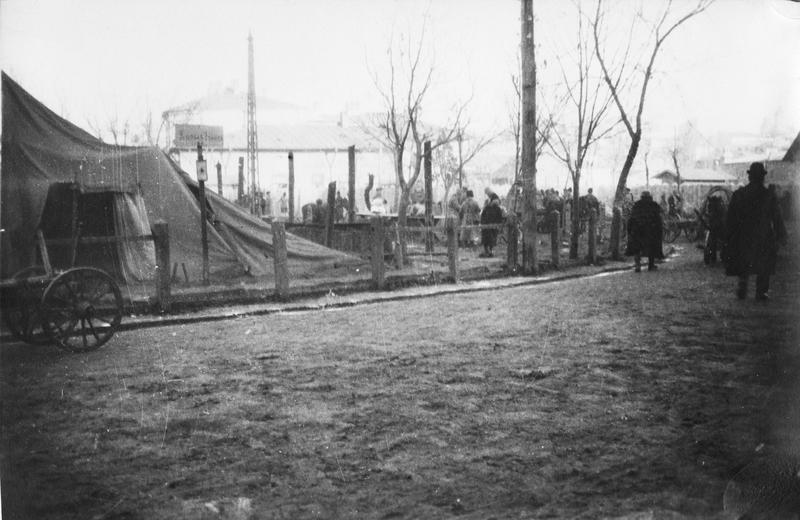 Few and dramatic are the moments in the history of a country when the very existence of the state is jeopardized. Romania went through such a moment at the end of 1916, when its last hope was the withdrawal and resistance in Moldavia. In that moment Iași embodied the beacon of a lighthouse that, in the middle of the storm, was supposed to guide the rebuilding of the state and of the Romanian army.

Just a few months after its entrance into the war, Romania was in a dramatic situation: the Romanian troops were pushed out of Transylvania and back over the Carpathians. The loss of Oltenia and the advance of the Central Powers troops to Bucharest quickly followed. Black clouds slowly gathered on the horizon, a foreboding sign for the worst storm that Romania would have to pass through. On November 10/23, 1916, the German-Bulgarian forces successfully crossed the Danube to Zimnicea. The capital of the country was threatened to be occupied.

The Romanian Command decides to defend Bucharest in a decisive battle. The Battle of Neajlov-Arges, or the Battle of Bucharest, would end in the loss of the capital and the destruction of a significant part of what was left of the Romanian army. The authorities left Bucharest and on November 23/December 6, 1916 the troops of the Central Powers and their allies entered the city.

«Bleeding from its heroic wounds, the flag of Romania was brought to Iași»

Hell was rapidly embracing Romania. Fear, despair and panic would combine into a tragic state never encountered by Romanians, and the only ray of hope was the road to Moldavia, to Iași, which would become for almost two years the capital of Romania. Iași was the last stronghold of national resistance. Nicolae Iorga best synthesized the hopes that were put in Iași: “Bleeding from its heroic wounds, the flag of Romania was brought here, and the eyes of the soldiers who are making the supreme efforts look upon it”.

Waves of refugees from Bucharest and from Muntenia “multiplied day by day. […] Long columns of wagons, private carts and even military trucks were carrying luggage and crates of all forms daily from the train station. […] Iaşi was the island one escaped a shipwreck, it was a good and merciful grandfather who broke the bread from the children’s mouth to share it with us” a witness of these events would record. In the next two years, Iași played the role of “war capital”, being obliged to maintain the standards imposed by the new statute.

As expected, cold, agglomeration and shortages led to the outbreak of recurrent fever and typhus. Even I.G. Duca would note that the disease “cut down the soldiers crowded in the villages. Especially around Iaşi, the scourge took frightening proportions. Not aware of the nature of the disease or the extent of the epidemic, they loaded the sick in ox-wagons and headed for the hospitals of the Moldavian capital, so you could see every day carts going down from Copou filled with dead or dying wretches.”

There were also Romanians who, in the hardest moment for Romania, continued to believe in victory. Queen Marie of Romania is such an example. The great Romanian historian Nicolae Iorga wrote in his memoirs: “Queen Marie was the main moral support for resistance at any cost until the bitter end. On the photograph that she sent me on my birthday on December 6, 1916, this absolutely mystical conviction is written on it «Romania will rise purified from the disaster». You did not find this conviction in any of those who had any purpose in rebuilding what so resoundingly had been lost”.