The withdrawal of Mackensen’s army from Romania 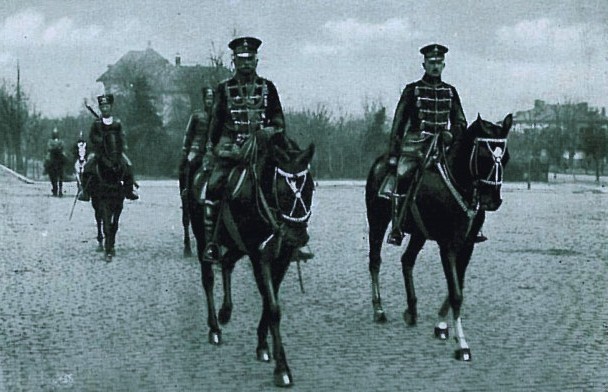 On November 4, 1918, the Austro-Hungarian High Command signed the Armistice of Villa Giusti in Padua. The armistice also required all remaining German troops to leave Romania until November 19.

The withdrawal of Mackensen’s army from Romania was to be made through Transylvania, Hungary and Austria. Taking into account that the Austro-Hungarian Empire was in a process of dissolution, the German Foreign Minister conveyed to Mackensen that it must be done with the “best of intentions”, stressing that “Germany does not stand in the way of Romania’s national aspirations”. In order to avoid a clash between Mackensen’s retreating forces and the Romanian army that was preparing to enter Transylvania, a demarcation line was established between the two forces along the Predeal- Cluj railway. The chaos and disorder left in the wake of Mackensen’s withdrawal angered Romanian and French authorities. French general Henri Berthelot in a telegram transmitted directly to the German field marshal accused him of “excessive destruction of bridges, train stations and food stores, and of forced requisitions and violence against Romanian gendarmes and civilians”.

The evacuation of Bucharest started in earnest on November 7, and Mackensen and his General Staff left the city on the evening of November 11. The last German units hurriedly left the capital the next day. The capacity of the railway network was not sufficient for the 160.000 soldiers and clerks under Mackensen’s command, and the roads were nigh impracticable during the winter.

For this reason, on November 19, there were still thousands of German troops on Romanian soil, to the outrage of the Romanian and French authorities. Under these conditions, the French pressured Romanian authorities to disarm and capture Mackensen’s troops.

Mackensen and the Hungarians

Eventually, Mackensen’s forces managed to cross into Transylvania and headed towards Hungary. Reaching Budapest, Mackensen was led to believe that the Hungarians will only request a “symbolic disarmament and internment” and that they would be sent on their way to Germany. In the first two weeks of December most of the German troops managed to get into Hungary. However, Hungarian Prime Minister Mihály Károlyi, gave into French pressure and agreed to immediately disarm and intern all German forces on Hungarian territory. Mackensen protested and tried to prolong the negotiations so that at least some of his troops could reach Austria. On December 16, while Mackensen and his staff passed through Budapest, his train was stopped, and he was invited to a meeting with Károlyi. When they met, the Hungarian prime minister demanded Mackensen’s surrender and the disarmament of his troops, otherwise all German military trains would be stopped. Mackensen was forced to accept the requests, and in so doing allowed the withdrawal of his troops to continue. On January 1, 1919, the last train with German troops arrived in Austria.

Mackensen and his entourage were arrested and held in a villa on the edge of Budapest. After a few days, he was taken under French guard and moved several times, the last destination being Thessaloniki. He returned to Germany on December 1, 1919.