The withdrawal of the Romanian army to Russia, an impossible option in the summer of 1917 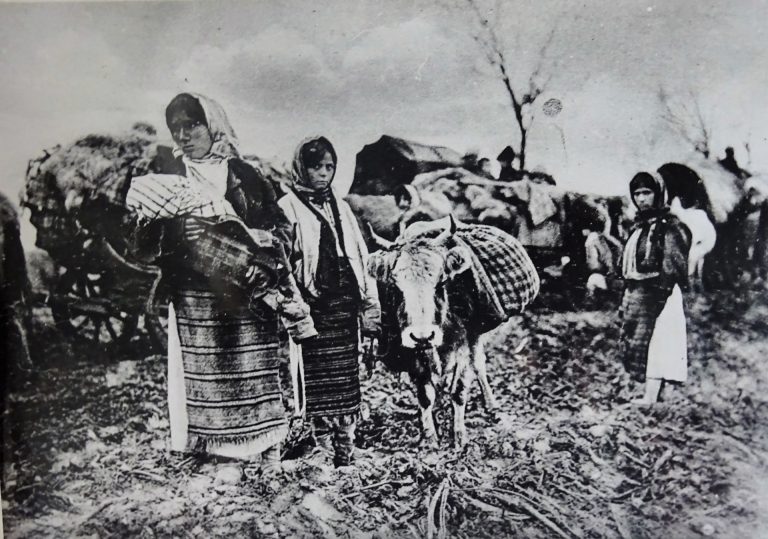 In the summer of 1917, uncertainty prevailed among Romanian authorities. Despite the recovery of the army, after the catastrophic defeats in the autumn of the previous year, and some important victories against the Central Powers at Mărășești, Mărăști and Oituz, Romania was in a situation that could not be more difficult. Even though the Romanian army received vital aid from France, the continuation of military resistance depended on the only ally who could offer direct support, namely Russia, but the political-military situation in this country was disastrous. The Russian front had collapsed because of the Kerensky Offensive and General Lavr Kornilov’s failed coup.

Romanian authorities considered the evacuation of the army and state leadership to Russia and the daily notes of General Alexandru Averescu are reflective of the change in attitude of that period, from the high of the Mărăști offensive, to the low of debating the proposal to withdraw to Russia.

On July 25, the Romanian Second Army launched the offensive at Mărăști. The commander of the operation, General Averescu, wrote the following: “The enemy is fleeing. There was no need for an attack at Încărcătoarea either; the mere threat of  the 17th Regiment returning to the south, made the enemy withdraw even during the night […]. In the evening, I receive the order from the Great General Headquarters, to suspend offensive operations, because the Russian troops in Bukovina have started to defect”.

Two weeks later, on August 7, General Averescu was summoned to Iași to discuss, in an enlarged council of ministers, with the participation of General Constantin Prezan, the Chief of the Great General Headquarters, the withdrawal of the Romanian army in Russia. During this decisive council, Prime Minister Ion I. C. Brătianu outlined the situation in Romania at that time and presented the option of withdrawing to Russia.

The Minister of War, General Constantin Iancovescu, drew attention to the state of anarchy that Russia was facing at that time. From General Averescu’s notes, it appears that the Minister of War’s opinion was quite pessimistic about the success of the withdrawal operation into Russia: “From General Iancovescu’s point of view, a kind of pessimism transpires on the success of the evacuation. Then, Minister Duca [minister of cults and public instruction] asks the question, surely directed to me: to what extent are some rumours founded that, in case of evacuation, the officers and troops would oppose crossing the Prut. […]. I started by declaring that the Second Army, and it was my belief that the rest of the troops, meaning our entire military force, is animated by a solid spirit of discipline, that it is fully devoted to the country and as the dynasty is identified with the country, it is understood that it is fully devoted to the dynasty. The army will execute the orders it receives”.

General Averescu’s account of this council at the beginning of August 1917, when the Battle of Mărășești had not yet ended, shows that the Romanian Government was fully aware that the country was in unprecedented danger, despite its military victories. General Averescu’s presentation before the council of ministers shows the dilemmas that the Romanian leaders faced, regarding the decision to evacuate to Russia: “Evacuation can be considered under two different aspects. It is due to strategic considerations. In this case one thing is clear. The front is rectified by purely military operations, moving from Siret to Prut, to the Dniester and so on. If the evacuation is not made out of strategic considerations and it is made of other considerations: for example the failure of the Russian army; In this case 3 points are to be examined: 1. Where do we withdraw; 2. What will be the situation of the army there; 3. What will be its future prospects?”

The events in Russia, in the summer and early fall of 1917, demonstrated to the Romanian authorities that the option of evacuating the army to the territory of the neighbouring empire was impossible to put into practice. The failed coup attempts made by the Bolsheviks (July 4-7) and General Lavr Kornilov convinced the Romanian Government that the only option was to seek the support of the Western allies.