Tolkien’s War: Mordor Was Born in World War I 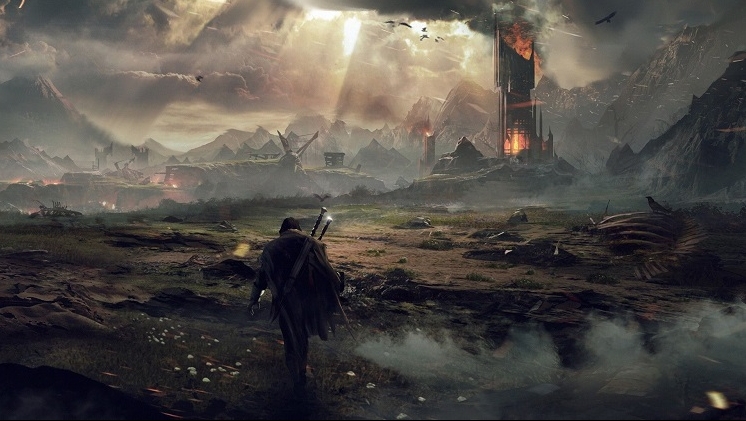 After getting married in 1916, Tolkien was then sent to the Western front in France a few months later, just in time for the Battle of the Somme.

Those who have read or watched J.R.R. Tolkien’s epics The Hobbit and The Lord of the Ringsknow that the stories often veer into dark places. The fantasy world of Middle Earth is filled with incredible danger.

Armies of dwarves, elves, hobbits, humans, and orcs roam the countryside, inflicting painful casualties on each other in a desperate quest for supremacy. They are essentially war stories.

A new film looks to explore Tolkien’s early life. In particular, from the trailers, the movie shows how his involvement in World War One changed Tolkien’s life and propelled him to become one of the best-known authors of the 20th Century.

John Ronald Reuel Tolkien was born in South Africa in 1892 and died in Britain in 1973. Tolkien’s family moved to England when he was just four years old, following the death of his father.

At 12, Tolkien’s mother also died, leaving him and his younger brother in the hands of relatives and boarding homes.

When the First World War began in 1914, Tolkien was studying at Oxford. His focus was on language and classical literature. It wasn’t until 1915 that he enlisted in the British army, becoming an officer in the Lancashire Fusiliers.

After getting married in 1916, Tolkien was then sent to the Western front in France a few months later, just in time for the Battle of the Somme.

The Battle of the Somme was a bloody struggle, even by the brutal standards of the Great War. It was an offensive push designed to break the ongoing stalemate between the Allies and Central powers.

British artillery pounded German trenches, intent on weakening and destroying them. But when British troops rushed their positions, the Germans were still firmly entrenched.

The first day of the battle was the most lethal in British history. Almost 20,000 soldiers died that day and countless more were injured in the failed attack. Tolkien was part of this madness.

The writer was involved in signaling, keeping communication lines open between army staff at the rear and front line officers in the field. Signalers were vulnerable, constantly under enemy fire during battle. Tolkien said he lost several close friends during the Battle of the Somme.

The bravery and courage of soldiers at the Somme had a profound impact on Tolkien and his storytelling. He later recalled that the characters of small hobbits facing overwhelming odds stacked against them were inspired by the working-class men that kept fighting through extreme mental and physical hardships.

One of the hobbits in particular represented the common foot soldier of the infantry. In The Lord of the Rings, Sam Gamgee of the Shire is the gardener for the main character, Frodo Baggins. Sam is considered to have a lower social status than Frodo. He often refers to Frodo as “Mister Frodo.”

When they go on their adventure, Sam carries the supplies, cooks for, and generally looks after Frodo. At the Western Front, officers like Tolkien usually had soldiers from a lower class background assigned to them for cooking and cleaning duties.

Some of the scenes in The Lord of the Rings were inspired by the bloodied trenches. In The Two Towers, Frodo walks through a fog-infested marsh. Under the mud and water there are dead bodies lying everywhere. This image was something Tolkien would have witnessed himself on the battlefield.

Tanks were beginning to be used as a strategic weapon during World War One. The sight of these large steel monsters must have been horrifying to soldiers like Tolkien.

In his books, giant elephant-like creatures are deployed by the forces of evil Sauron. They are used to destroy any resistance in their path and are difficult to stop.

Even the sounds of war were adapted to Tolkien’s fiction. The Ringwraiths are mysterious cloaked figures on horses searching for the Ring. Their shrieks can be heard well before they are seen.

Artillery shells flying through the air had a similar high-pitch sound. The noise and destruction had devastating psychological effects on soldiers, often resulting in shell-shock.

The Ringwraiths have an eerie similarity to cavalry in the War. Often the horses could be seen first, but not the riders, who were obscured by mist and smoke. The riders frequently wore gas masks, giving them a non-human appearance and slurring their speech patterns.

Tolkien suffered from trench fever, a condition caused by body lice. That is what ended his time on the front lines.

It’s not known how badly Tolkien was affected by shell-shock. But the author was certainly aware of the condition, and it features prominently in his writings.

Frodo is afflicted with it during his quest to Mordor and beyond. In the books, Frodo experiences anxiety, exhaustion, trembling, and loss of taste and smell. While Sam and the other hobbits settle back into the routines of the Shire upon their return, Frodo is unable to do so and withdraws.

When The Lord of the Rings trilogy was published in the 1950s, Tolkien claimed that his story was not directly an allegory for the First or Second World War. The Ring did not represent a nuclear bomb, the orcs were not meant to be German soldiers, and Sauron was not supposed to be Hitler or Stalin.

However, Tolkien did admit that his experiences of the First World War had a significant influence on his outlook on life and writing.