Transylvania and Bessarabia in the Romanian Mentality 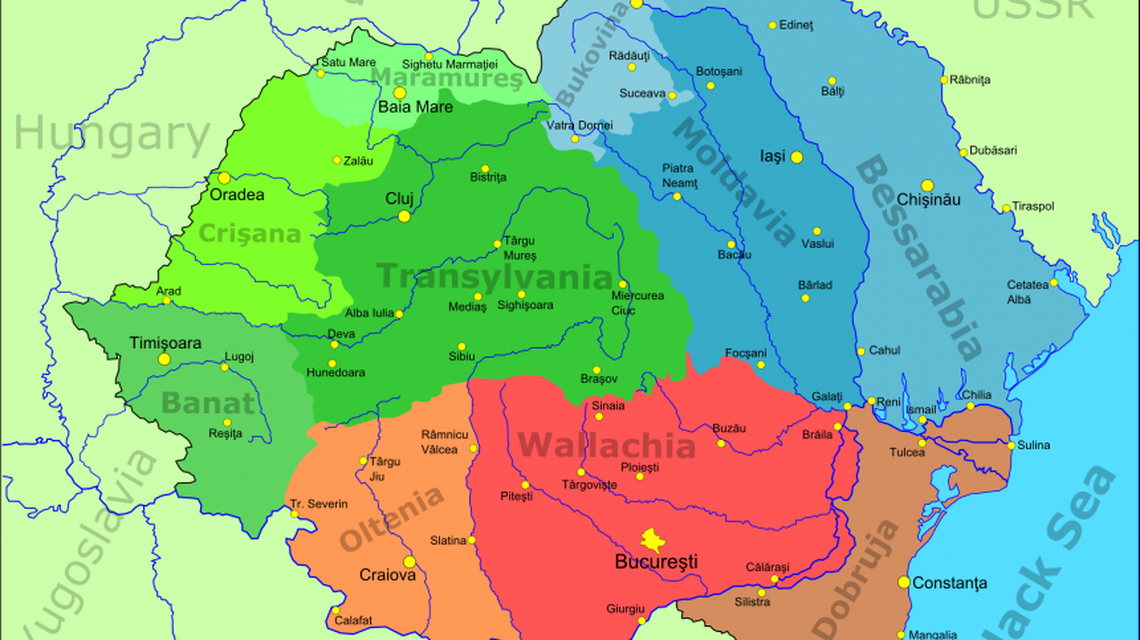 During the second half of the 19thcentury and the beginning of the 20thcentury until the First World War, the problem of Transylvania had a very special place in the mentality of the Romanian population and the politicians from the Old Kingdom. As far as the Romanians who lived abroad were concerned, they concentrated their attention on Transylvania and not on Bessarabia – a province which had been lost only some decades before. Thus, how is it possible that Transylvania, a province which had never been part of the Romanian Kingdom, was considered more important than Bessarabia, a traditional region of the historic Moldavia which had been lost at the beginning of the 19thcentury to Imperial Russia?

The image that these provinces enjoyed in the Romanian mentality influenced the political decision taken by the Government in Bucharest and the way it implemented the national project. Therefore, what are the determining elements of this situation?

It is highly likely that the most important of these elements is the national ideology. From this point of view, Transylvania was considered the birth place of the Romanian nation. In their two great historical books, Iorga and Xenopol wrote extensively on the problem of the Romanian ethnogenesis. Both of them claim that the Romanian people was born inside the Carpathian arch, at the north of the Danube. Bessarabia, however, is not mentioned in this very important problem.

Another very important element was the role which the intelligentsia played. The 19thcentury was the moment when the intellectuals appeared as a distinct social stratum, with a special educational path and a university diploma. The 19thcentury was the period when a university diploma was the ticket for social prestige and thus, it established the social role of the Intellectual. The intellectuals were involved in the political construction of modern Romania. Thus, they came back from Paris, Berlin or Vienna with Western ideas and tried to implement them in Romania, in order to help build the new state.

Also, there was a group of Transylvanian intellectuals who fled to the Old Kingdom, especially after the year 1867. In Bucharest, they became the main promoters of the Transylvanian problem:they were involved in the writing of history manuals through which they wished to promote the national project and to introduce in the Romanian mentality the idea of unity between the Romanians in Transylvania and the Old Kingdom. On the other hand, the Romanian intellectuals who stood by the cause of Bessarabia were not too many and too visible (Constantin Stere was the most famous).

Thus, in the second half of the 19th century, a Cultural League of Romanians from everywhere appeared, but unfortunately it concentrated its efforts almost exclusively on Transylvania while Bessarabia was only a marginal subject.

The problem of the Romanians living in Transylvania was complicated after 1900, because of the Hungarization policy implemented by the Government in Budapest. The Romanians were in the favour of a federative project (supported also by the Archduke Franz Ferdinand) which corresponded to the old historical traditions which imposed a separation (an autonomy) between Hungary and Transylvania.

Bessarabia had never enjoyed a distinct historical tradition, since it had always been part of Moldavia. Even the term – Bessarabia – did not appear until 1812 and it referred only to the southern part of the province. Unlike Transylvania, Bessarabia was not a political and geographical reality.

Under these circumstances, the final aim of the First World War in the Romanian mentality was the union between Transylvania and the Old Kingdom. Thus, when the political leaders decided the union with Bessarabia in March 1918, it was perceived as a compensation for the loss of Transylvania. Yet, after the course of the war was drastically altered in a very short time, the favourable international situation made possible that Transylvania would be given to Romania as well. The Great Union between the Old Kingdom and Bessarabia, Bukovina and Transylvania came as a big surprise to the majority of Romanians who did not expect for their country to be (re)united with Transylvania, but also with the provinces which were lost more than a century before.