Ukraine’s reaction after the union of Bessarabia with Romania: Kiev demands the annexation of the territory between Prut and Dniester 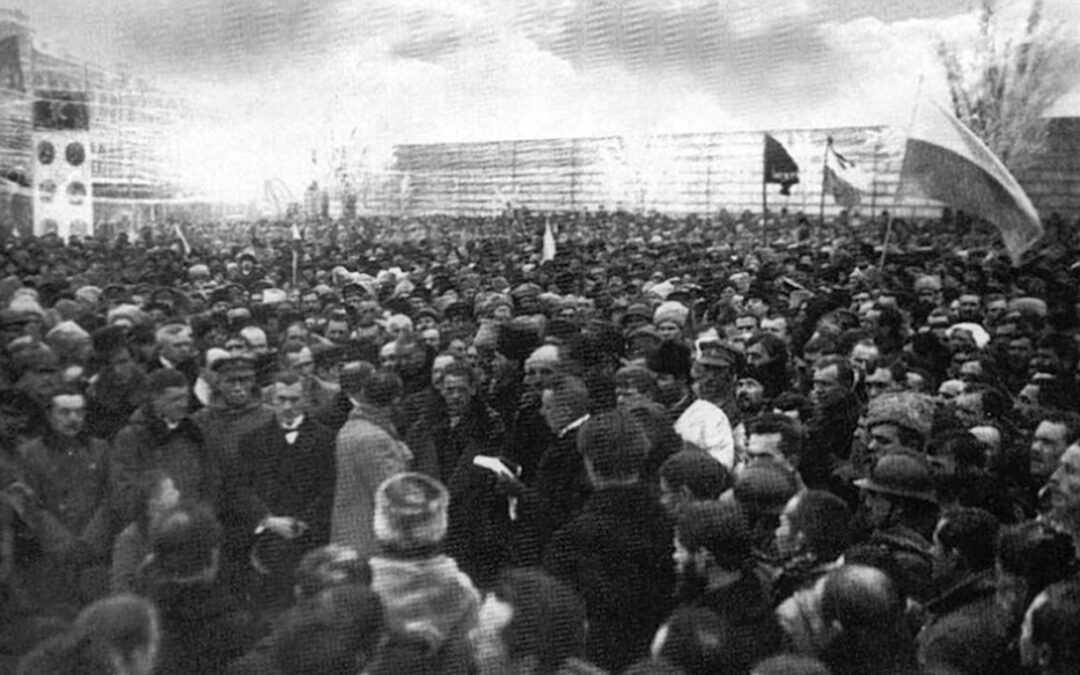 The union of Bessarabia with Romania, voted by a large majority of the Chișinău Country Council on April 9 (March 27, old style) 1918, was contested by Ukraine. Kiev rejected the unification and raised claims on the territory between Prut and Dniester. The Romanian government gave a broad and argued answer rejecting these claims.

The territory delimited by the rivers Prut (to the west), the Dniester (to the east) and the Danube and the Black Sea to the south represented the eastern part of medieval Moldavia. This territory, called Bessarabia in the 19th century, was occupied by the Russian Empire in 1812, following a peace treaty with the Ottoman Empire. Wallachia and Moldavia, which were under Ottoman sovereignty, were the scene of a war between Russia and Turkey, which started in 1806. Even though it had a number of military successes and occupied the two principalities, Russia was forced to negotiate a peace with Turkey, due to deteriorating relations with France.

In November 1811, a Russian and an Ottoman delegation met in Giurgiu for negotiations.The Russians, who initially requested the territory up to Prut, now demanded the border to be on the Danube, effectively annexing the two Romanian principalities. The Turks rejected the claims of the Russians, being willing to accept only the surrender of the territory between Prut and Dniester. Negotiations continued in Bucharest, but not as quickly as the Russians hoped. Threatened by the danger of the Napoleonic invasion, the Russians accepted the Ottoman offer.

On May 16, 1812, the treaty was signed, which stipulated that “the border between the two states should be the Prut river, from its entry into Moldavia and to the place where it meets the Danube River, and from there to continue on the left side of the Danube river, up to the mouth of Chilia and the sea…”. Thus, the Russian Empire came into possession of a territory of 43,630 km2 (7,400 km2 larger than that of Moldavia from the west of Prut), comprising five cities, 17 fairs, 685 villages and a population of 482,630 people.

Despite an intense process of Russification and de-nationalization, carried out in the next century, at the onset of the First World War, the population of Bessarabia remained mostly Romanian. With of the dissolution of the Russian Empire, after the Bolshevik revolution of 1917, the Chișinău Country Council voted unanimously to proclaim the independence of the Democratic Republic of Moldavia on January 24, 1918. Public support for the unification with Romania also increased after the proclamation of independence. The young and fragile Moldavian state could not resist the Bolsheviks or the claims issued by the Ukrainian authorities. In this context, the union of Bessarabia with Romania was voted on April 9 (March 27, old style) 1918.

Three days after the vote, the Kiev government sent a note to the Romanian government informing it that the Central Rada (the Parliament of Ukraine) “does not recognize the decision of the «Country Council» regarding the incorporation of Bessarabia in Romania to be an act expressing the will of all the people living in the territory of Bessarabia; that is why the Democratic Republic of Ukraine demands that the regions of Bessarabia where the population has declared itself or will declare itself Ukrainian to be added to the Republic of Ukraine”.

On April 22, 1918, the Romanian government responded to the note received from the Kiev government, reminding it that “Bessarabia voluntarily united with the Motherland, by virtue of an almost unanimous vote of the Country Council, the national legislative assembly of the Moldavian Republic of Bessarabia. This assembly is the expression of the will of the Nation, thus having the same origin as the Central Ukrainian Rada, thus representing, like the Rada, the sovereign power, which gives it the right to make definitive and equally important decisions for the population of Bessarabia as the decisions taken by the Rada in connection with the inhabitants of Ukraine. […] It should be noted, moreover, that the Country Council was freely chosen, in a period when the issue of unification with Romania was not even considered”.

The Romanian government also pointed out that, according to its knowledge, “there is no assembly in Bessarabia where the population has declared itself Ukrainian and has asked to join Ukraine”.

Ukraine requested the annexation of Bessarabia

Kiev replied with an extended note on May 5, 1918, trying to demonstrate Ukraine’s need to annex Bessarabia:

“For more than a century Bessarabia was part of the Russian Empire and found itself in political and economic relations with its closest neighbour, Ukraine. During the constitution of the Republic of Ukraine, in November 1917, the Ukrainian government considered that, in support of the federative link that re-connected the Ukrainian Republic with all other parts of the Russian Empire, Ukraine would maintain this connection with Bessarabia. Following the proclamation of Ukraine’s independence, the Ukrainian government, not accepting the definitive break between Ukraine and Bessarabia, and taking into account the aspirations of a notorious minority in the population of Bessarabia, proposed to establish closer relations with the Republic of Moldavia, granting it the right of political autonomy”.

“Geographically, ethnographically, historically, the so-called province of Bessarabia was a Romanian territory  and formed an integral and indivisible part of the Principality of Moldavia. Only the name “Bessarabia” is not absolutely Moldavian; and yet this name, reserved until 1812 exclusively to the southern extremity of this territory, is also Romanian, commemorating the conquest of Basarab, lord of Wallachia, who in the first part of the fourteenth century subjected by arms the lands located between the arms of the Danube, the lower course of the Prut and Dniester and the Black Sea. This is the past; for the present it is important to note that, although it was torn from Moldavia 106 years ago, and since then guarded with inquisitorial precautions from any influence of the mother country, the Romanian aspect of the territory of Bessarabia has almost not changed”.