What do the German campaign in Romania in 1916 and the Blitzkrieg against France in 1940 have in common? 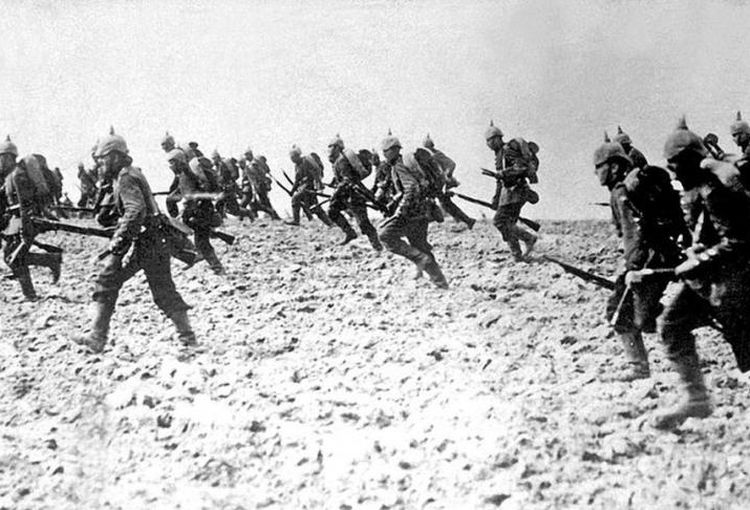 In the Romanian military campaign of the Central Powers in 1916, German forces used a technique that later, in the Second World War, would be known as Blitzkrieg.

Today, the Blitzkrieg is normally associated with the Second World War, mainly with the first campaigns carried out by the Germans in Poland, the Netherlands, France, Yugoslavia, and Russia in 1941. Most history lovers today interpret this literally, they think of speed, huge columns of tanks accompanied by dive bombers advancing rapidly behind enemy lines. However, well-known military historians, such as Michael B. Barrett, have pointed out that in the First world War, the Germans also waged Blitzkrieg-style military campaigns. This is also the case of the campaign carried out by the Central Powers in Romania in 1916. In this campaign, the Austro-German advance along Transylvania and Romania lasted about four months, or 135 days. The German 9th Army advanced 580 kilometres, while the German 1stArmy, whose mission was to protect the flanks, advanced 120 kilometres.

What was happening on the Western Front at the same time?

In comparison, the Allied offensive on the Somme River in France, which took place at the same time, resulted in the advance of the English and French lines by only ten kilometres, after 138 days of fighting. A year later, the third battle of Ypres (also known as the Passchendaele) began on July 31st and lasted until November 10th. The British managed to advance eight kilometres after 102 days of fighting. The Germans pushed the French for eight or nine kilometres in 1916 to Verdun, fighting for about five months, from the end of February to the end of July. The rate of advance in 1918, when war of movement resumed on the Western Front returned, was not much faster.

If the Romanian campaign of the Central Powers is separated, in its two phases, first the battles in Transylvania and then the invasion of Romania, the speed of the Austro-German advance is even greater. After von Falkenhayn began his offensive, the 9th Army followed the Romanian Second Army from Sibiu to Brașov, pushing it another 30 kilometres to the mountains, all in just 13 days, traversing on average 11 kilometres a day. After the 9th Army crossed the Southern Carpathians, where both sides fought for a month, von Falkenhayn marched on Bucharest in just three weeks, covering a distance of 400 kilometres or almost 19 kilometres a day. It is a performance comparable to the German advance through Belgium and France to Dunkirk in May and June 1940, which averaged almost 16 kilometres per day, or with the speed of the Northern Army Group moving from the German border to Leningrad in 1941, with a daily average of 13 kilometres.

The essence of the Blitzkrieg was not just about speed.

Blitzkrieg means the use of combined arms aimed at piercing the enemy’s ability to react, penetrating deep into vulnerable areas behind the front with speed and mobility to confuse and paralyze enemy commanders. Such actions involved the risk of exposing their flanks to enemy counterattacks. The speed of the advance kept the enemy confused, preventing any effort to coagulate a defensive line, stopping the enemy’s efforts to concentrate his forces, without giving him any chance to recover. Above all, it was important to thwart the enemy’s operational plans to cause paralysis of command.