What were the risks for Romania if the war continued in the winter of 1917-1918? 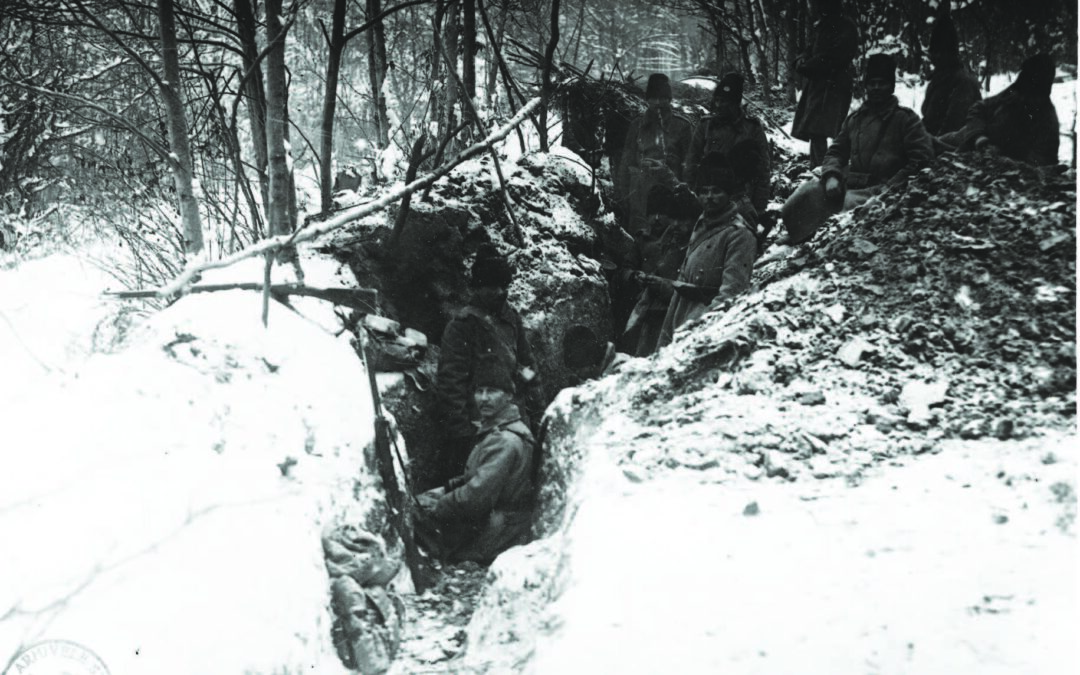 Lenin’s decision to conclude peace with the Central Powers left Romania in a particularly vulnerable position. The withdrawal of the Russian soldiers exposed the Romanian army, which could not effectively cover the 1.500 kilometre long frontline. The Romanian political and military authorities had a decision to make: either they joined the negotiations for the armistice or they continued the fight. Most of the decision makers in Romania opted for the armistice, but there were voices calling for the continuation of the hostilities with the Central Powers. Among the most vocal followers of the continuation of the war were Queen Marie, Take Ionescu, Matei Cantacuzino etc. But what would have happened to Romania if the war continued?

The continuation of the war was discussed as it was normal by the leaders of the Romanian army. General Constantin Prezan, the head of the Great General Headquarters, considered that it was necessary to organize a resistance, but he had no illusions about the result. Prezan was somewhat in agreement with the ideas of French general Henri Berthelot, the head of the French Military Mission in Romania, who considered that the Romanian Front should remain active in order to tie down important units of Central Powers. In this way, Germany could not strengthen the Western Front with troops brought from the Romanian Front. The two army commanders, generals Eremia Grigorescu and Arthur Văitoianu, were also spoke in favour of military resistance, although both were aware of the extremely small chances of such an endeavour. In contrast, General Constantin Iancovescu, the Minister of War, considered that a resistance was useless, and the only alternative of the government was a negotiated peace. General Alexandru Averescu, who was immensely popular among soldiers and the populace at large, aspired to a political career, and until his appointment as prime minister took an ambiguous position. From the moment he was appointed prime minister, his opinion was unequivocal, favouring peace talks. Even those who opted for resistance were particularly reserved in terms of how long it would last. However, depending on the person, the duration of a resistance was from a few days – up to two-months, the most optimistic assessment made by General Grigorescu.

The Entente could not help Romania

There was also another deciding factor: the Western allies could not help the Romanian army in any way if it continued the hostilities. The supply routes were blocked, the Russian Bolsheviks taking a deeply hostile position to Romania. Without any chance of being supplied with weapons, ammunition, and equipment, Romania was a sure victim of the Central Powers.

A failure, anticipated by all military analysis, would have had dramatic consequences for the country. The Romanian state and its army would have been abolished, and their reconstruction would have been quite problematic after the war, taking into account the rapid rise of Bolshevism in eastern and central Europe. When the war ended, the Bolsheviks in Russia took control of the country and they also seized power in Hungary, while staging numerous other “revolutions” in other countries, especially in Germany. Even after the demobilization that followed the Treaty of Bucharest on May 7, 1918, the Romanian army remained the only military structure that successfully fought Bolshevism. It should not be forgotten that the Entente organized a military intervention in the south of Russia, which resulted in a major failure. Under the protection of the Romanian army, some of the soldiers of the Entente managed to withdraw. It should also be remembered that Bela Kun’s Bolshevik troops defeated the Czechoslovak troops. The intervention of the Romanian army put an end to Bela Kun’s regime in Hungary in the summer of 1919.

In conclusion, it can be stated that the powers of the Entente did not have the military capabilities necessary to ensure peace and security in central and eastern Europe. Romania and the Romanian army represented for the Entente a stabilizing factor in the chaos created after the cessation of hostilities and the collapse of the three major empires in the area: Ottoman Turkey, Russia, and Austria-Hungary.