Why did Romania remain neutral at the outbreak of the First World War? 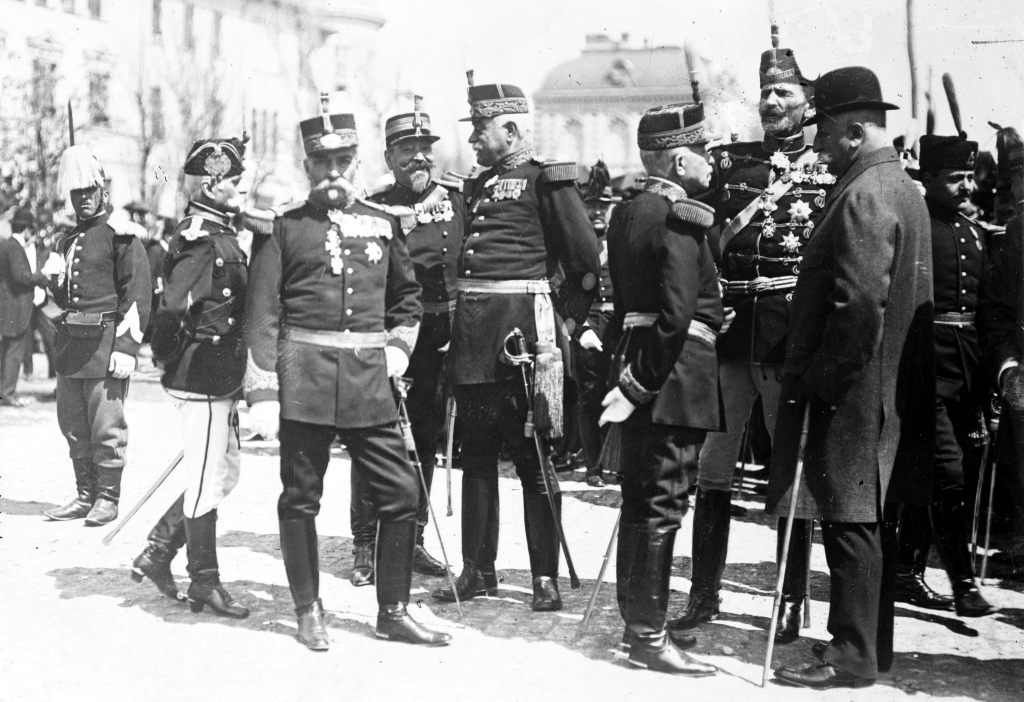 When a young Serbian by the name of Gavrilo Princip gunned down Franz-Ferdinand, the heir to the Austro-Hungarian throne, on June 28, 1914, no one thought that it would lead to four years of bloody military confrontations. The Austro-Hungarian ultimatum addressed to Serbia triggered a chain reaction across European states and they quickly entered the war as a consequence of the alliance treaties concluded in the preceding decades between the great powers. In this unprecedented situation what would Romania decide?

Immediately after Austria-Hungary’s war declaration against Serbia on July 28, 1914, the Central Powers and the Entente found themselves locked together in a military conflict that will become the most devastating in the history of mankind.

When the First World War started, Romania was a member of the Triple Alliance since 1883. The main reason why Romania joined the Triple Alliance was the behaviour and threat represented by the Russian Empire. Romania gained its independence after participating as an ally of Russia in the war it had with the Ottoman Empire in 1877-1878. But after the war, the Russian Empire forced Romania, its ally, to give up Southern Bessarabia in exchange for Dobruja. Moreover, the Tsarist troops stationed on Romanian territory caused a great deal of instability and disorder.

After gaining independence and becoming a kingdom (1881), Romania sought an alliance to ensure its security against its great eastern neighbour. Two years later, Romania will join the Triple Alliance (Germany, Austria-Hungary, Italy). The alliance would be renewed several times, the last time in 1913, but it was not brought to the attention of the Romanian public opinion.

Besides King Carol I, only a few other Romanian political leaders knew about the commitment to the Triple Alliance. It was not brought to the attention of the Romanian people because of the profound pro-French feelings in Romanian society and amongst its political leaders, but also because of the way in which Hungary treated the three million Romanians in Transylvania. Starting with 1907, Bucharest began to slowly, but surely, distance itself from the alliance with Austro-Hungary. Thus, the outbreak of the First World War surprises Romania in the Central Powers camp. However, just one month before the start of the conflict, King Carol I of Romania warns his allies in Berlin and Vienna that it will be impossible to mobilize the Romanian army and to start military actions against Russia because “the issue of the Romanians in Transylvania caused a wave of adverse feelings towards Hungary on the part of the Romanian population.”

Romania’s position regarding the conflict was discussed in the Crown Council convened by King Carol I of Romania on August 3, 1914. The Council took place at the king’s summer residence in Sinaia and was composed of members of the Government, experienced politicians, leaders of parliamentary parties, etc. King Carol I declared himself against neutrality and for entering the war on behalf of the Central Powers, and brought as arguments the provisions of the agreement between Romania and the Triple Alliance. Surprisingly, he was supported by one of his biggest opponents, Petre. P. Carp.

Prime Minister Ionel Brătianu declared himself for neutrality and was supported by politicians close to Entente, including Take Ionescu, who claimed that the treaty required Romania’s entry into war only if the Central Powers were attacked. In this case, Germany and Austria-Hungary were the ones attacking Serbia.

The Council also expected Italy’s position, which had signed with the Central Powers a similar treaty to that of Romania. When the debates were in full swing, the decision taken by Italy came.

Here’s how I.G. Duca, one of the participants in the Council, received the news that Italy would remain neutral: “While the dialogue was more intense, the door opens and a lackey with a telegram appears on a silver tray. He hands it over to Brătianu, who opens it quickly: it was the official news of Italy’s neutrality. A real coup de grace. The feeling was that after this the king would no longer be able to defend his point of view. He fell silent, with a gesture of resignation. We were all overjoyed and looking at Carp, who a few minutes beforehand affirmed with such confidence that Italy would not remain neutral. He must have guessed in our eyes that we were as saying: «do you not see that all your arguments have the same value? »”.

King Carol I accepted the Council’s decision, though he was strongly affected by the fact that Romania would not enter the war. Ill and upset by the turn of the events, he would die on October 10, 1914. His 49-year-old nephew, Ferdinand, would become the new King of Romania.