Why didn’t the United States recognize the union of Bessarabia with Romania? 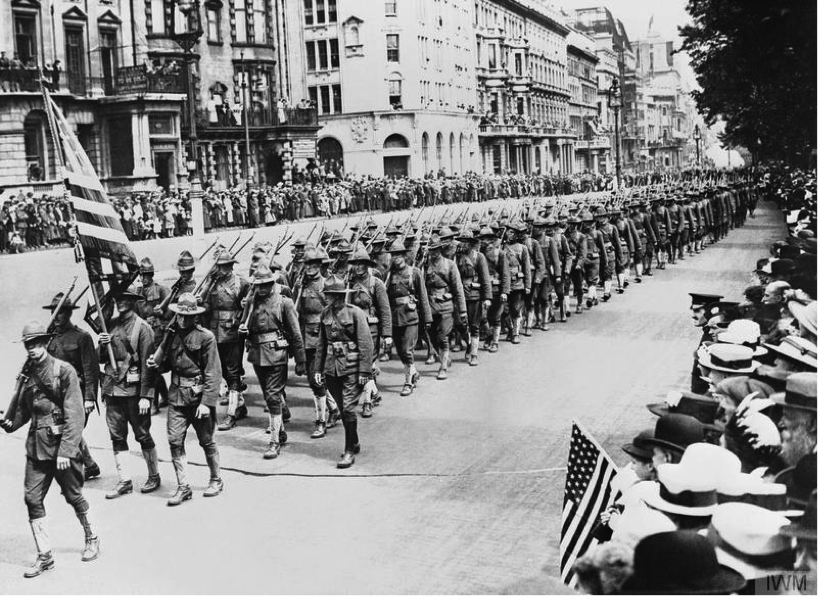 The international recognition of the union of Bessarabia with Romania proved to be a rather difficult process. Although the new Bolshevik power was not represented at the Paris Peace Conference, the great Western Powers had hesitations in recognizing territorial changes in regards to their former Russian ally. The decision to unite with Romania taken by the Country Council in Chișinău on March 27/ April 9, 1918 was recognized at the 1920 Peace Conference in Paris by the main Allied powers, the British Empire, France, Italy and Japan, but the United States refused to sign the document.

During the Paris Peace Conference, the issue of Bessarabia was first raised on February 8, 1919 in a meeting of the Commission on the Territorial Affairs of Romania and Yugoslavia, a body of British, American, French and Italian experts, under the authority of the Central Territorial Commission. British Deputy Eyre Crowe and Frenchman Jules Laroche supported the recognition of Bessarabia’s union with Romania due to historical and demographic arguments. The province was part of Moldavia until 1812, when it was annexed by the Russian Empire following the Treaty of Bucharest. Even after more than 100 years of tsarist administration, the province’s population was mostly Romanian.

Following the discussions, the Committee on the Territorial Affairs of Romania and Yugoslavia unanimously agreed to recognize the union and to submit the draft to the Central Territorial Commission. Even though US experts endorsed the recognition, the US Secretary of State in the debates of the Council of Foreign Ministers opposed a unanimous approval, under the pretext of the absence at the Paris Peace Conference of a legitimate Russian government recognized by the Allies.

The withdrawal of the Romanian delegation from the Paris Peace Conference

Because Romania’s interests concerning Bessarabia were ignored the Romanian delegation withdrew from the Paris Peace Conference. This decision was taken after the great Western Powers sent a letter to Admiral Alexander Kolchak, a commander in the White Army during the Russian Civil War, by which he was invited to “decide the fate of the Romanian parts of Bessarabia”.

This initiative on the part of the Western Allies was not singular. In September 1919, Colonel Radu R. Rosetti, the military attaché to Romania in London, was received in an audience by the British War Minister, Winston Churchill, who congratulated him on occupying Budapest and the victory over the Bolsheviks in Hungary. However, in the Bessarabian issue, Churchill recommended to the Romanian government an agreement with Anton Ivanovich Denikin, the commander of the White troops operating in southern Ukraine.

The attitude of the Americans towards the recognition of the union of Bessarabia with Romania was extremely reserved during the Paris Conference. On October 2, 1920, a report to President Woodrow Wilson recommended issuing special instructions to Hugh Wallace, US ambassador to Paris, informing him that Washington will not support the signing of a treaty on Bessarabia in order not to irritate Moscow.

A de facto recognition of the union of Bessarabia with Romania

The attitude of the Americans towards the Bessarabian issue changed during the 1930s and amid a certain relaxation of the Romanian-Soviet relations. On April 12, 1933, Secretary of State Cordell Hull informed President F. Roosevelt on the efforts of Romanian diplomacy to obtain the recognition of the union of Bessarabia with Romania.

The United States de facto recognized the unification of Bessarabia with Romania, since the US consulate in Bucharest issued visas to Romanian citizens from this province. Moreover, by a memorandum addressed to the White House by Secretary of State Cordell Hull, Bessarabia was erased from immigration quotas, and starting with July 1, 1933, the percentage of immigration attributed to that area was allocated to Romania.

Petre Ţurlea, Lupta pentru recunoașterea Marii Uniri [The struggle for the recognition of the Great Union], in the Historia magazine, no. 84, December 2008.