Winston Churchill in 1919: “Of all the forms of tyranny in history, Bolshevik tyranny is the worst, most destructive and degrading” 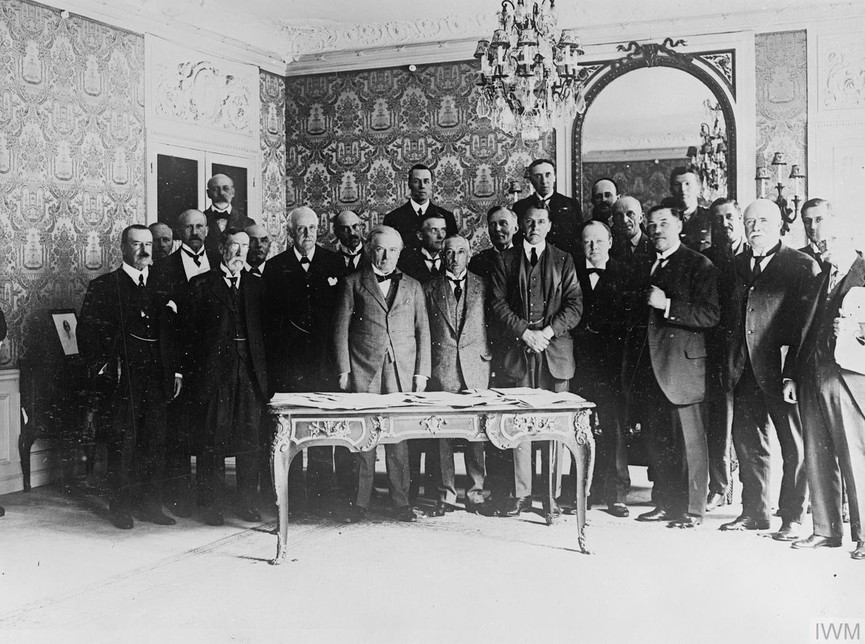 Winston Churchill, who during the 1919 Paris Peace Conference was the British Secretary of State for War and Air, was one of the few Allied leaders who understood that Lenin and his Bolsheviks were a new phenomenon on the political scene and that, behind the Marxist rhetoric, there was a disciplined and well organized group, vying for the control of all Russia. Lenin and his group of Bolsheviks were ready to destroy whatever and whoever was in their path when it came to fulfilling their vision.

Churchill summarized his opinion on the Bolsheviks at the end of 1918: “The essence of Bolshevism, unlike any other illusory form of political thought, is that it can only be propagated and maintained through violence. […] Of all the forms of tyranny in history, Bolshevik tyranny is the worst, destructive and degrading. […] Civilization is on the verge of extinction on vast territories, and the Bolsheviks hum and roar like ferocious baboons among the bodies and ruins of the cities”.

British Prime Minister Lloyd George, who rather wished to keep Russia destabilized, would counter Churchill’s statements saying that “his noble blood [that of Churchill] revolts against the mass liquidation of the great Russian dukes”. Nor did Arthur Balfour agree with Churchill, saying: “I admire the exaggerated way in which you tell the truth”.

Churchill, a supporter of direct intervention in Russia

In his memoirs, Winston Churchill, who had repeatedly expressed outrage over the lack of a clear policy against the Bolsheviks, noted: “Were the Allies at war with Soviet Russia? Certainly not, but they shot Soviet Russians on sight. They stood as invaders on Russian soil. They were supplying the enemies of the Soviet government with weapons. They imposed blockades on Russian ports and sank Russian battleships. They sincerely wished and plotted for the collapse of the Bolsheviks. But war- shocking! Interference- shame!”. Unlike all the other leaders of the Allies, Winston Churchill, like French Marshal Foch, was in favour of direct intervention.

Present at the Peace Conference in Paris, Churchill even issued a warning to the British Government about a possible coalition of Bolshevik Russia, nationalist Germany and Japan. “In the end, we could face an aggressive alliance stretching from the Rhine to Yokohama, threatening the vital interests of the British Empire in India and everywhere in the world, in fact threatening the future of the entire world”.

Churchill continued to press Lloyd George to decide either on a military intervention or on a withdrawal from Russia. Under pressure from the war-weary public, Lloyd George was unprepared for either option, but told Churchill that a decision had to be made in Paris in Wilson’s presence. As a result, Churchill took the initiative and discussed on February 14, in Paris, with the US President. Churchill explained to him that the Allies’ uncertainty was harming both Western troops in Russia and the Whites. In his view, withdrawal would have been a disaster: “Such a policy would have meant total abandonment. There would be no more armed resistance against the Bolsheviks in Russia, and the country will have a violent and unhappy future”. Wilson, as Lloyd George probably knew, was reserved and acknowledged that Allied troops were not of much use in Russia, but the situation was too confusing there for the Allies to intervene militarily. The Allies no longer raised the issue of direct intervention against the Bolsheviks. However, the consequent course of events proved Churchill right concerning the correct approach the Allies should have had toward the Bolsheviks.