Yvonne Blondel: “History will give our beautiful Marie the place she deserves” 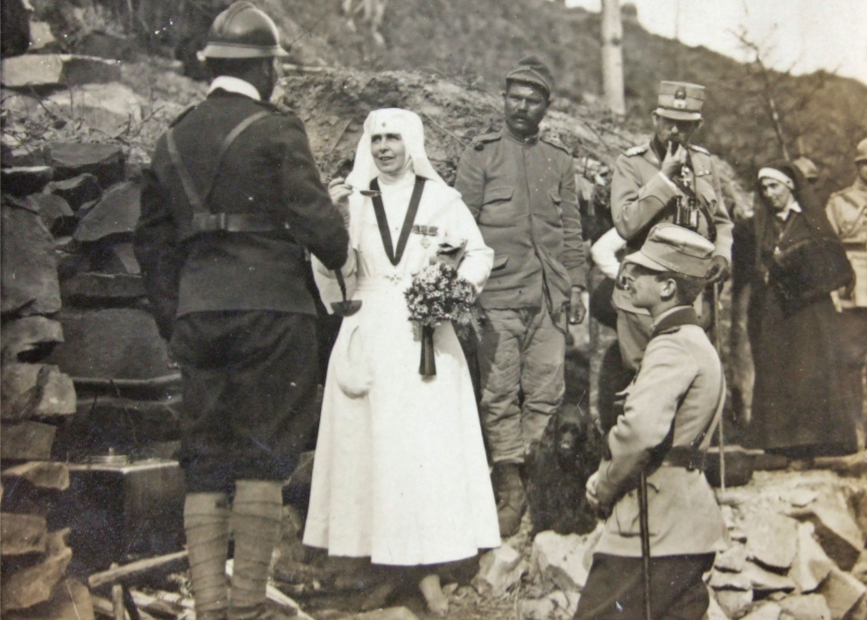 Yvonne Blondel was the daughter of Jean-Camille Blondel, Plenipotentiary Minister of France in Romania between 1907 and 1916. In May 1916, Blondel is replaced by the Count of Saint-Aulaire, but decides to remain in Romania with his family.

His daughter, a refugee in Iași, alongside the royal family and the rest of the people of Muntenia, notes in her diary:

“Thursday, December 1-4, [1916]. It hurts me to think that Queen Marie and her children are rocked side to side in a train, even if it’s the royal train. I can see the black line of wagons pushed from station to station, defying with its wooden sides the breeze of the glacial wind coming from the steppe or stumbling into the thick layers of snow which, with all its immaculate whiteness, can be as daunting as looking into a deep black pit.

It seems to me, however, that this drastic exodus could have been predicted and a convenient home could have been prepared in good time. It was only now that General Ballif was able to get a hold of and prepare the Military Command Building in Iași to accommodate, in a very small space, the Queen and the little princes. When the King and Prince Carol will leave from the General Staff at Zorleni, a separate dwelling will have to be found, for Queen Marie’s refuge is as full as a fresh egg.

Captain Rădescu, who saw our sovereign in a small train station before Iași, told us that she was as pale as a statue, only her beautiful bright eyes having red bags under them. What chaotic thoughts must roll through her tired mind! She, who has done so much to get us out of the demoralizing neutrality, must now feel the country’s suffering very much. More than likely, her Germanophile adversaries, the Carp and Marghiloman families and others, whose list is known, are rubbing their hands with joy. It gets on one’s nerves, but patience, we will be rewarded for these sacrifices one day, and history, which puts things right, will give our beautiful Marie the place she deserves. We only have to resist until then…”.